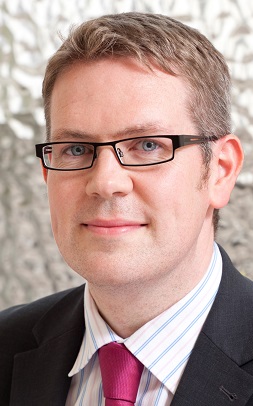 Blackadders Solicitors have announced the promotion of eight members of the legal team.

Simon Allison (pictured), partner in employment law, has been appointed as head of employment, taking over from Sandy Meiklejohn.

Mr Allison is ranked as a leading individual in Chambers UK and is accredited by the Law Society of Scotland as a specialist.

Stuart King has been appointed as a director in commercial property.

He joined Blackadders in February 2014 as an associate and has made a significant contribution to the firms’ growth in commercial property.

Promotions have been given to Nicola McCafferty, Hazel Anderson andKarin Bousie who all make the move from senior solicitor to associate.

Ms McCafferty joined Blackadders as a trainee solicitor following her graduation in 2007 from the University of Dundee.

She has since concentrated her work in the firms’ rural and commercial property departments, where she will continue in her role as an associate.

Ms Anderson has been made an associate in the rural land and business team.

Originally from an agricultural background and with a particular focus on renewables, she becomes an associate having joined as a senior solicitor in March 2013.

Ms Bousie joined the firm as a solicitor in 2006, initially in the firms’ residential conveyancing department before joining private client in 2012.

Predominantly dealing with executries, she passed the SOLAS executry administration exam in March 2014 with distinction and was made senior solicitor in March 2012.

Managing partner, Johnston Clark, said: “These promotions demonstrate both our commitment to excellent service for our clients and to nurturing and developing talent within Blackadders.

“All those promoted have shown their willingness to meet our clients’ high expectations of them, and I warmly congratulate them on their achievement.”