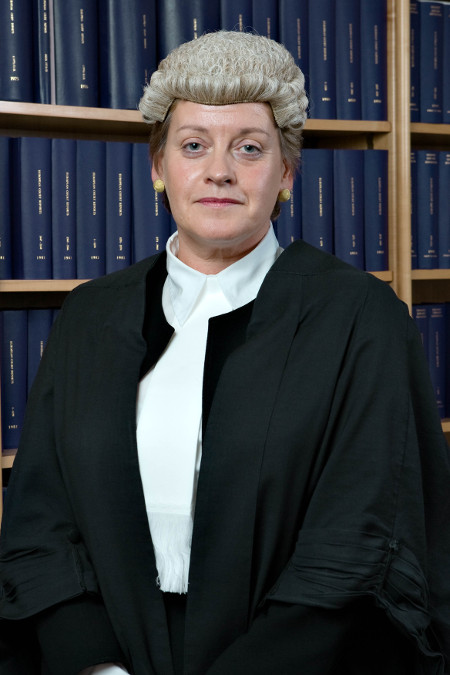 A man who drove a lorry while drunk on from Stracathro to Stonehaven on a dark November night has lost an appeal against his sentence in the Sheriff Appeal Court.

Timothy Humphreys was disqualified from driving for 3 years and 7 months and sentenced to 6 months’ cumulo imprisonment after pleading guilty to two offences of driving a lorry while under the influence of alcohol. He challenged the imprisonment sentence on the basis that alternatives to custody ought to have been considered given the gravity of the offence.

The appeal was heard by Sheriff Principal Mhairi Stephen QC and Appeal Sheriff Thomas McCartney. The appellant was represented by Shand, advocate, and the respondent by Edwards QC.

Drinking at the wheel

On 21 November 2021 at approximately 6:15pm, the appellant drove a HGV for 20 miles northbound on the A90 from Stracathro to Stonehaven. The appellant indicated to the author of the Criminal Justice Social Work Report prepared in advance of sentencing that he had been drinking at the wheel. While on the A90, the appellant allowed his lorry to drift from lane to lane in a haphazard fashion, which was observed by a driver behind him who followed him to Stonehaven, at which time the police had been alerted.

The appellant was found by the police to have 98 micrograms of alcohol per 100ml of breath, 76mg over the legal limit. He had previously admitted to an analogous drink driving offence in 2010 that resulted in him being disqualified from driving for 16 months, and his record also contained convictions from both England and Scotland including burglary, threatening and abusive behaviour, and other road traffic offences. At the time of the offences in the charges, the appellant had been on bail in relation to pending charges under the Sexual Offences (Scotland) Act 2009.

No challenge was made in respect of the appellant’s disqualification from driving. However, the appellant challenged the custodial sentence of 9 months’ imprisonment, reduced to 6 months by his guilty plea. Counsel for the appellant argued that the sentencing sheriff had failed to correctly follow the procedure in section 204 of the Criminal Procedure (Scotland) Act 1995.

It was submitted that the sheriff had failed to fulfil his obligations under section 204(3A) and (3B) and state in clear and informative terms why no disposal other than a custodial sentence was appropriate. The gravity of the offence was such that a sufficiently tough community-based disposal would have met the sentencing objectives.

Sheriff Principal Stephen, in an ex tempore decision, observed: “Clearly the appellant’s decision to drive an articulated heavy goods vehicle whilst under the influence of alcohol to a very significant degree is eloquent of a high degree of negligence and culpability. The appellant showed a reckless disregard for the actual and potential danger of driving an HGV whilst intoxicated. In doing so he had imperilled the safety of other road users.”

She continued: “The fact that there was no accident or collision does not diminish the danger which the appellant posed to other motorists and their passengers on a busy trunk road. The absence of any accident was fortuitous and may explain why this matter is on summary complaint.”

Addressing the sentencing sheriff’s reasoning, Sheriff Principal Stephen said: “The submission was made that the sheriff erred in failing to indicate specifically why the statutory presumption or requirement not to impose short custodial sentence was not observed or followed in this case. However, as the sheriff correctly observes, the existence of such a requirement does not mean that is it never appropriate to impose a custodial sentence of 12 months or less. Rather it means that such a sentence requires to be justified on the facts and circumstances of the case.”

She went on to say: “We are satisfied that the sheriff had regard to section 204 in its entirety; is aware of the requirements of section 204 (3A) and of the constraints on a short sentence if imprisonment is to be imposed. In many cases the reason is plain. In this case the sheriff made it clear that the gravity of the offending required a custodial term. If the reason for imposing a short custodial term was not minuted nor specifically and separately addressed it was hiding in plain sight. The reason is identical – the gravity of the offending.”

Sheriff Principal Stephen concluded: “In these circumstances we do not consider that the sheriff erred. Nor do we consider that a failure to minute the reasons, although suboptimal, vitiates the sentence. Nonetheless, it is important that when the clerk in a summary criminal court minutes a custodial disposal brief reasons must be given for a sentence of 12 months or less (and indeed for a first prison sentence). Section 204(3A) certainly does not prohibit a court from imposing a custodial sentence on summary complaint even where there is no aggravation libelled.”

The appeal against sentence was therefore refused.