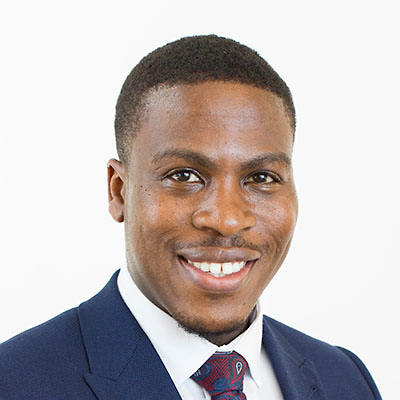 Jeremiah Igunnubole, legal counsel for ADF UK and a former senior crown prosecutor, comments on the legality of plans to limit assembly near abortion clinics in Scotland.

This week, Nicola Sturgeon committed to working with the Green MSP, Gillian McKay’s attempt to impose censorship zones across Scotland’s abortion centres, subject to the outcome of a ruling of the Supreme Court in the seminal case of Reference by the Attorney General for Northern Ireland – Abortion Services.

Oral submissions were heard before the court in July concerning the imposition of a censorship zone of 100 metres around abortion clinics in Northern Ireland. Known somewhat euphemistically as “safe access zones”, they ban any direct or indirect “influencing” of women seeking an abortion, including offers of help or possibly even silent prayer. The Supreme Court is to decide if the bill is beyond the competence of the NI Assembly on the basis of the failure to include a defence of “reasonable excuse”. This particular legal point will directly affect the legality or, at least, the content of the bill that Sturgeon has pledged her support for in Scotland.

The effectiveness of “reasonable (or lawful) excuse” clauses for the protection of fundamental rights is in no doubt. Last year’s far-reaching Supreme Court decision in DPP v Ziegler set out that activity pursued in the exercise of ECHR rights could amount to a lawful excuse, subject to a rigorous and fact-specific proportionality test.

A prominent example of the “reasonable excuse” defence, as set out in Ziegler, is the Sarah Everard vigils held in London last year during the pandemic. The vigils were organised to pay their respects to Everard, 33, who was murdered as she walked home. The police, rather than sensitively facilitating and managing the vigils (which posed no realistic threat to public order), arrested participants and threatened to fine the organisers. The High Court ruled that the police should have first considered if freedom of expression and assembly might provide a “lawful excuse” under the relevant Covid regulations rather than dismissing the legality of the gathering outright.

The unjust impact of Scotland’s proposals is perhaps most pertinently illustrated by the recently reported case of Rosa Lalor, a Liverpool-based grandmother. Lalor, an upstanding citizen without a single blemish on her record, was arrested, detained, and subjected to an insufferable year of drawn-out proceedings simply for praying silently whilst walking alone outdoors. When she argued that she had a “reasonable excuse” under the law, not least her right to pray in the privacy of her mind under Article 9 of the European Convention on Human Rights, Merseyside Police dropped the charges.

Effective as “lawful excuse” clauses are as a shield against conviction, they do little to prevent initial arrest. Police officers find themselves in the untenable position of making and enforcing their own value judgments rather than clearly defined laws, leading to inconsistency of approach and wrongful arrests.

What is essential to highlight here is that the infringements on expressive rights in the Sarah Everard vigils, Rosa’s case and the the majority of erroneous arrests under the public order law are due primarily to unclearly drafted laws. A ban on ‘influencing’ is an impermissibly low threshold for criminal liability that betrays basic rules of good law-making; those committed to fundamental rights and the rule of law will hope with bated breath that the Supreme Court clearly recognises this.

Even if well-intentioned, vague and broad law-making will almost always result in more unjust arrests and needless interferences with fundamental rights. Rights can only be safeguarded where the ambit of criminality is well defined both to restrict the scope for police abuse and to give citizens sufficient notice to tailor their behaviour.

Those advocating for the incoherent proposition that an imprecise ban on ‘influencing’ is necessary to protect women from harassment would do well to recall the wisdom of the late Lord Bingham’s advice in his book the The Rule of Law. He noted that for liberty to be realised within the bounds of law it must adequately protect fundamental human rights and be accessible, intelligible, clear, and predictable. Echoing Ben Franklin, he warned that “he who would put security before liberty deserves neither”. Scotland’s democratically elected legislators, of all people, can have no reasonable excuse to impose a ban on influencing.