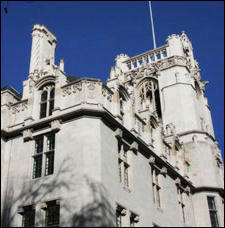 The owners of a hotel in the Highlands are to take their fight to have the identities of anonymous reviewers revealed to the UK Supreme Court.

Martin Clark and his wife Jacqui, owners of the Tigh Na Cheo guesthouse in Lochaber allege malicious reviews were posted on the website TripAdvisor.

The couple’s lawyers are to lodge papers after they received funding for the case from an unknown benefactor.

Posters, under the pseudonyms “dreckit Manchester” and “edna B London” uploaded reviews the owners regard as defamatory and are suing them on that basis.

The Clarks took over the hotel in 2011 – the reviews claim their authors visited in September of that year but the reviews only appeared in March 2012.

TripAdvisor has said any legal action must be taken in Massachusetts in the US where the company is headquartered.

Previously, temporary judge Paul Arthurson QC in the Court of Sessionrejected an attempt to secure an order to disclose the details of the authors, with a plea of “no jurisdiction” being upheld.

Lady Paton stated: “Nothing in the respondents’ (TripAdvisor) terms and conditions suggests that the respondents have undertaken to be bound by the orders issued by a Scottish court.”

The Clarks’ lawyers are to argue the website has offices in London and hence the Supreme Court has jurisdiction to request the details of the company.