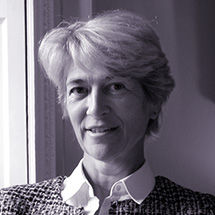 The Royal College of Physicians of Edinburgh has suggested serious consideration be given to decriminalising drug use in order to resolve the “national emergency” of drug-related deaths in Scotland in a new report.

Subsequently, a new minister for drugs policy, Angela Constance MSP, was appointed. The college said it supports Ms Constance’s move to roll out naloxone kits to help save the lives of people who use drugs.

It is calling on Ms Constance to maintain an “open dialogue” with the wider medical community on policies which could give people who use drugs person-centred care, in the right place, at the right time.

Professor Angela Thomas, acting president of the Royal College of Physicians of Edinburgh, said: “Many of the college’s fellows and members regularly treat and consult with people who use drugs, and I know that the recent NRS data will be of great concern to them. Our report proposes some key interventions which can be taken now including the introduction of a drugs consumption room, and a heroin assisted treatment programme in all major centres in Scotland as we see already at the Glasgow pilot scheme.

“Decriminalising drug use should be considered in Scotland, and the College would urge the UK Government and the Scottish government to work collaboratively on this key policy area. We believe that drug-related deaths should be fundamentally treated as a public health issue.

“Heroin continues to be a major cause of drug-related deaths in Scotland, so it is clear that intervention is required to tackle this and we welcome the pilot scheme in Glasgow. We also support the targeted administration of Naloxone, and we call for action to tackle stigmatisation of people who use drugs – something we note that the Scottish government’s Drug Deaths Taskforce is investigating.

“Our aim is to support the good work of the Drug Deaths Taskforce, put forward helpful suggestions based on our clinical expertise, encourage debate, and support medical education on this critical issue.”