Rob Marrs: Why the Law Society is keen to hear from BAME students, trainees or NQs 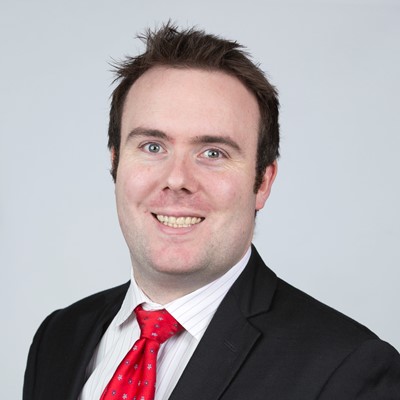 Rob Marrs, head of education and Policy at the Law Society of Scotland, explains why it’s keen to hear from BAME students, trainees or NQs who have had previous careers prior to studying law.

In our recent ‘A blueprint for a more inclusive profession’ we noted that we would: Hold focus groups with law students, trainees and newly qualified solicitors from a black, Asian and minority ethnic (BAME) background to learn about their experiences of the route to qualification. This will help us better ensure that BAME representation on the route to qualification translates into similar levels of representation in traineeships and NQ positions’.

Why are we looking in this area? For three reasons: first, because consistently BAME students have told us that this is an issue. Secondly, because this has been mirrored in our discussions with the Scottish Ethnic Minority Lawyers’ Association (SEMLA) who have noted the issue of entering the profession is the issue most often cited to them. Third, because the Profile of the Profession research indicated that more research in this area was needed.

Everyone knows the traineeship market is a competitive one and has been for some time. Law students are told – pretty much from day one of the LLB! – about the nature of the job market; why they should keep up to speed with economic developments; and the need to start thinking early about their future.

We do hear though that whilst the traineeship market is competitive it seems to be particularly so for BAME students. I’m well aware that the anecdotal evidence above does not translate to hard data but when I hear year after year the same worries from BAME students that their path is a little rockier than that of their white counterparts I begin to worry.

What are these worries? BAME students have told me that they perceive that it is harder to get in the door of organisations. They’ve told me that they tend to send more applications than their white counterparts with little more success. They’ve told me that strong CVs littered with accolades and work experience do not get interviews. The thing is: if we speak to white candidates they will also tell us how hard they had to work to get interviews, how many applications they sent and the knockbacks they’ve received.

There probably are little things that would make a lot of difference. So, for instance, are summer experience opportunities more likely to go to white candidates? Are there any hiring practices that inadvertently exclude BAME candidates? For instance, I recently spoke to a Muslim student who had been invited to a firm’s drinks party. She had no problem with that but noted other Muslim students might and noted that a lot of the conversation on the evening was about her drinking (or lack thereof) than about her future at the organisation.

SEMLA has hosted a number of events focusing on linking their student and recent graduate members face to face with solicitors, to hear more about the hiring processes, and to learn general hints and tips. An obvious strength of SEMLA is that its leaders are high-profile role models – they’ve made partner, called to the bar or are otherwise senior in their organisations. But there are other benefits: one SEMLA member said to me that she frequently heard people at the seminars say they’d “never been in a corporate law firm before’”. Just coming along to such an open evening helps because it demystifies things just a little and makes the application process a little less apprehensive.

The flipside of these concerns is that some of the largest employers of trainee solicitors (who monitor the ethnicity of those who apply to their roles) have told us that they do not always see BAME applications numbers in line with the population of BAME law students more widely. The organisations that hire the most trainees frequently tell me they want their trainees to come from all backgrounds. Anecdotally, at least, something somewhere along the line doesn’t seem to be working as well as it might.

So what’s going on? Is there some level of unconscious bias (or, worse, conscious bias) in recruitment processes? Are BAME students more likely to seek certain sorts of legal careers whilst eschewing others – and if so, why? The simple fact is at the moment we don’t have much data – qualitative or quantitative to know.

None of this is to say that anyone has it easy in getting a traineeship or that traineeships are handed out on plates to people from certain backgrounds. We know that everyone puts in the hard yards to get a good degree, gain work experience, and polish their CV however they can. It is, however, incumbent upon us to investigate worries that certain candidates do find it significantly more difficult and equally incumbent upon us to try and ensure the playing field is level.

That’s what we are looking to do now. If you’re a law student (particularly in third/fourth year or on the Diploma), a trainee solicitor, or a newly qualified solicitor (up to 3 years’ PQE) from a BAME background and would like to take part in focus groups on this topic please email: diversity@lawscot.org.uk.

We’d be particularly keen to hear from BAME students, trainees or NQs who have had previous careers prior to studying law simply because the worries outlined above are also often raised by those who come to law late (and, if that is true, is it even harder again for BAME career changers?).