Retrospective justice: The dead have no lawyers

Despite recent fashionable and temporary claims to the contrary, individuals are complex. David Black makes a plea in mitigation for the rightly reviled Henry Dundas. But what of Marie Stopes, eugenicist and Nazi sympathiser, who sent love poetry to the Führer himself? A blue plaque in Abercromby Place in Edinburgh pays homage to her. Are we simply lawyers for those we deem to be on our ‘team’; those with whom we share personal attributes whose daily salience is subject to the whims of cultural commissars? Or, do we consider people in the round? Whatever the case, silence speaks volumes. See part one here.

If the case of the dishonouring of David Hume by his old university would be something of a test for the commissioners of any body set up to arbitrate such matters, an even worse example of arbitrary slandering of the long deceased can be found in St Andrew Square. There the figure atop the column in the central garden, Henry Dundas, carved in stone by former shepherd Robert Forrest, surveys the realm he controlled as ‘Harry the Ninth’, uncrowned king of Scotland, on behalf of the real King who could never be bothered to visit the place.

Make no mistake, the progenitor of ‘The Dundas Despotism’ was a bit of a lad who ended up being impeached for embezzlement. Scotland, under his tutelage, was run along the lines of a police state in which radical weavers and even liberal parliamentary reformers lived in fear of the draconian sedition laws. Henry Dundas had few redeeming features, but there was one. A moderately enlightened attitude towards the evils of slavery.

As Lord Advocate Henry Dundas acted for an enslaved man, Joseph Knight, in 1777, effectively securing his freedom in the landmark Knight v Wedderburn Court of Session ruling after an impassioned plea which concluded with the words “‪Human nature, my Lords, spurns at the thought of slavery among any part of our species.”‬

Fifteen years later, as the first parliamentarian to speak out publicly against the slave trade, Dundas helped to steer William Wilberforce’s Abolition Bill through the House of Commons, though as a pragmatist he felt it necessary to add the proviso ‘gradual’ in the hope that it might then pass in the Lords, which was greatly influenced by The Society of West Indian Planters and Merchants, a powerful pro-slavery lobby group, as well as the King, a stalwart opponent of abolition. It should also be noted that an abolition bill presented in the Commons the previous year had been defeated by 163 votes to 88, so both Dundas and Wilberforce had to do a great deal of persuading. 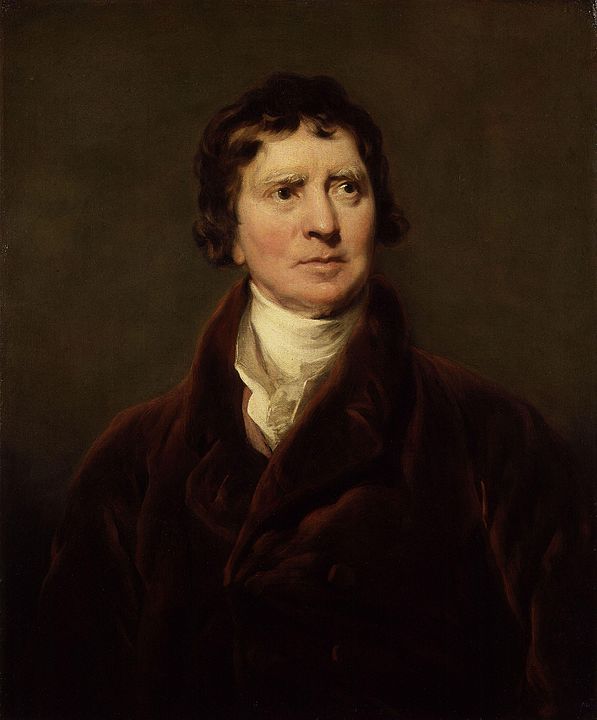 Dundas’s suggestion that full-blooded abolition should be achieved over a period of seven and a half years has been advanced as evidence of his duplicity, particularly since, through no fault of his, that delay was subsequently doubled to fifteen years. By 238 votes to 85 the abolition of slavery had become British government policy, thanks, arguably, to the tireless politicking of the much maligned Henry Dundas. Indeed the abolition of some elements of the trade, such as a prohibition on British ships engaging in trafficking, came in with immediate effect, so his gradualism was far from absolute.

It seems odd, then, that of all the issues which may serve as useful brickbats to attack a man who was, according to the record, a consistent abolitionist, the one his present-day detractors have chosen is the very same one in which he showed himself to be something of an enlightened liberal, and even an activist – the abolition of the slave trade. But that’s the way things are with opinionated iconoclasts these days; Why bother researching the object of your vilification when you can just set up a statue lynch mob and bay for the old reactionary’s blood. Evidence-schmevidence. Who cares?

One of the more disturbing features in this case is that the anti-Dundas campaign would appear to be the initiative of a group described – and not in a nice way – by Nigerian-American writer Teju Cole as ‘White Saviours’. The horrific murder of George Floyd and a wave of protests in American cities suggested to some in Edinburgh that here was an opportunity to gain a bit of attention by ostensibly offering support to the Black Lives Matter movement. One protest at the base of Henry’s column consisted almost entirely of members of the largely forgotten Socialist Workers’ Party taking the knee, and ludicrously condemning Dundas as a ‘slaver’.

In marked contrast to the rather reasonable de-plinthing of the statue of Bristol’s Edward Colston, who really was a slaver, the more sedate Edinburgh objectors seemed disinclined to scale the 150 foot column to wreak their their self-righteous fury upon the 14 foot high stone effigy which so offended them. Jamaican-born Professor Geoff Palmer, indeed, very sensibly pointed out that to remove the statue would be to remove the evidence, and that by far the best outcome would be to erect a cast-metal plaque enumerating the old tyrant’s failings and achievements.

The problem here was one which had long ago been identified by Martin Luther King when he wrote in The Purpose of Education that we should resist allowing our minds ‘to become invaded by legions of half truths, prejudices, and propaganda.’ The wording on the plaque was supposedly to be agreed by a committee, but in the end the iconoclasts seized the initiative. There was to be no reference to the incontrovertible fact that as Lord Advocate Henry Dundas had acted for the enslaved Joseph Knight, and helped to secure his freedom in the landmark Knight v Wedderburn Court of Session ruling of 1777. Likewise, his critical role in steering William Wilberforce’s Abolition Act through the House of Commons was to be airbrushed out.

When the proposed plaque was brought before the City’s Development Management Sub Committee as a planning application your writer pointed out to the committee that the information on the plaque was, in essence, passively dishonest. This brought a questionable response. Councillors would not be considering the wording on the plaque – only the issue of whether a plaque, per se, on an A-listed structure was appropriate. Martin Luther King’s ‘legion of half truths, prejudices, and propaganda’ has since been approved. 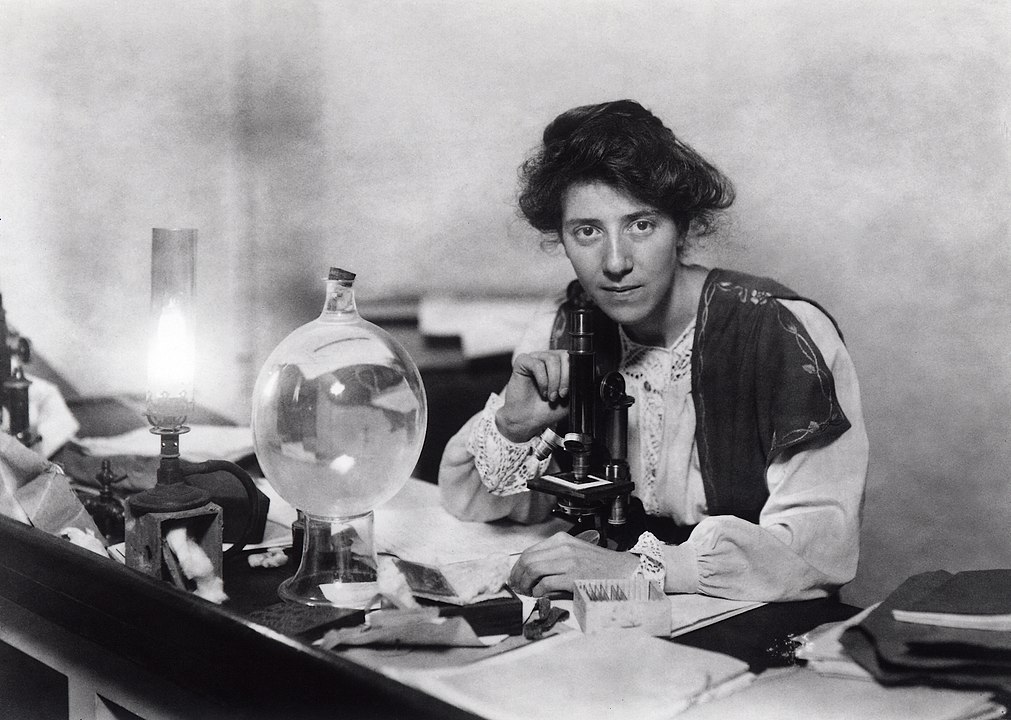 Perhaps this shouldn’t surprise us. After all, just one block north of St Andrew Square a plaque has been affixed to the Abercromby Place building where the First Minister Nicola Sturgeon took up residence when Bute House was undergoing some necessary restoration work. It marks the birthplace of eugenicist, master-race theorist, and promoter of contraception for the lower orders, Marie Stopes, whose sundry acts of generosity included sending love poems to Adolf Hitler.

The plaque, unveiled in 1995, was part of a council initiative to celebrate ‘Women of Achievement’ which was, in essence, a well-intended attempt to redress the imbalance between the sexes as recognised in Edinburgh’s civic realm. Someone, somewhere, seems to have had second thoughts about the suitability of this particular memorial – the words ‘social reformer’ have been ground down, though their ghostly presence remains.

Was it really necessary to celebrate a notorious Nazi sympathiser simply because she was female? There is no shortage of candidates who would have been much more appropriate, like the actress Harriet Siddons, who lived at 23 Windsor Street; or the sculptress Ottilie MacLaren Wallace, who, trained by Pittendreigh Macgillivray, creator of the Coates Crescent Gladstone monument, went on to work with Auguste Rodin; or Britain’s first practising female architect, Edith Burnet Hughes, who was born in Stockbridge; or how about our female equivalent of Rodin’s Burghers of Calais – The Edinburgh Seven, that extraordinary group of women who successfully fought for the right to study medicine at Edinburgh University?

True, some haven’t done so badly. The author Muriel Spark has a ‘Women of Achievement’ plaque on the former James Gillespie’s School, a pathway bearing her name near her Bruntsfield childhood home, a picture by Sandy Moffat in the Scottish National Portrait Gallery, and a flight of steps named after her off the Grassmarket.

She also had rather pithy views on Marie Stopes. “Who is that woman?” she asked a friend during a particularly strident Stopes lecture. On being told it was Britain’s foremost advocate of contraception her response was nothing if not direct. “What a pity her mother hadn’t thought of it first.”