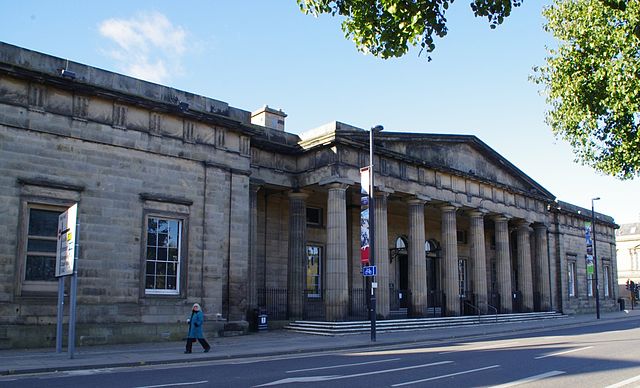 A man already imprisoned for murder was sentenced via video link at Perth Sheriff Court for the first time ever in Scotland, yesterday.

Adam Gallagher, 30, deemed “too dangerous” to appear in court, was convicted via video link from HMP Perth.

Appearing before Sheriff Richard McFarlane, Mr Gallagher was sentenced over incidents in prison where he smashed cells.

John Malpass, fiscal depute, told the court that prison officers had spent hours negotiating with him after the incident.

He said: “At around 6pm the accused decided to smash up his cell – ripping sockets from walls, damaging the spy glass in the door, ripping bolted seats from the floor and damaging the walls.

“As a result prison officers spent two hours trying to diffuse the situation and the accused eventually complied. He was removed to another cell to secure him and remove disruption to other inmates.

Kevin McCarron, Mr Gallagher’s solicitor, said it was “safe to say he’s been a difficult prisoner for the SPS to manage”.

He said: “He can only apologise for his behaviour. He’s paid the price in part through loss of privileges but he realises he has to answer to the court for it.

“There is no rhyme or reason for it. He’s got a particularly short fuse and he’s been unable to access courses to deal with that.”