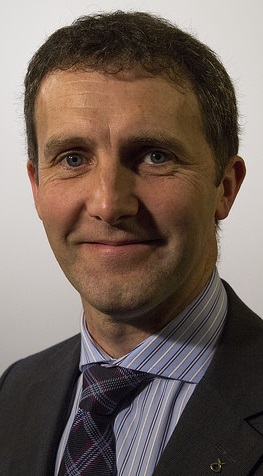 A new system to improve the way in which prisons are monitored in Scotland will be introduced after the Scottish parliament today approved plans which will improve scrutiny of prisons right across the country.

The new service will be subject to regular review through an advisory group set up by the chief inspector of prisons for Scotland, which will have an independent chair and include representatives from the Scottish Human Rights Commission alongside other agencies.

Justice secretary Michael Matheson (pictured) said: “The previous system for monitoring Scotland’s prisons was not as effective as it could be. There was a lack of accountability and significant inconsistencies in the way in which individual visiting committees worked.

“Action needed to be taken to address some of the problems identified with the previous regime and we’ve done just that.

“A new improved system for monitoring Scotland’s prisons will now mean greater scrutiny of prisons right across the country.

“Independent Prison Monitors, as representatives of civic society, will have the right to visit any prison, any time, without prior notice, access any part of a prison and speak to any prisoner privately about any issue.

“They will also have the power to investigate any matter a prisoner brings to them.

“The new arrangements will be OPCAT compliant, which the previous system of prison visiting committees was not, and will create a more robust, professional, and co-ordinated approach to independent prison monitoring in Scotland which will deliver the best outcomes for prisoners and the wider community.”