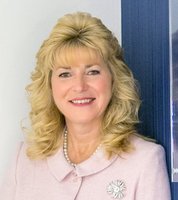 The Police Investigations & Review Commissioner (PIRC) has recommended that Police Scotland apologise after an incident last July in which officers pointed firearms at several people and forced a man out of his home at gunpoint in Edinburgh.

During a period of about 90 minutes on 22 July last year, authorised firearms officers (AFOs) were deployed seven times in the city. Events unfolded after a man made an emergency call saying that five men were outside his flat with guns, tasers and knives.

Ms Frame said: “While these were fast-moving events which related to a number of significant issues, it resulted in four Armed Response Vehicles and nine firearms officers being deployed on seven occasions and police pointing their guns at eleven people on three separate occasions over a period of less than an hour and a half.

“A number of these people were detained and searched on the strength, principally of allegations made by an unidentifiable male and this action in a number of instances appears to have been entirely unwarranted.