Philip Alston: The ‘special practice’ at the International Court of Justice which has to cease 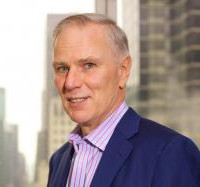 Philip Alston, the John Norton Pomeroy professor of law at NYU School of Law, argues that gender diversity on the International Court of Justice must be taken more seriously.

In Is There a Special Practice?, Antonios Tzanakopoulos has written a very learned post seeking to dispel the notion that there is an expectation on the part of states that a casual vacancy on the International Court of Justice caused either by the death or resignation of a sitting judge should result in the election of a replacement of the same nationality.

Political scientists and even diplomats will no doubt be astonished at the capacity that we international lawyers have to be fascinated by the questions of terminology that Antonios canvasses and that have, as he systematically points out, given rise to so much writing in the field. If there is any sort of expectation, should it be considered to be an ‘established practice’, a ‘custom’, a ‘tradition’, an ‘understanding’, a ‘trend’, a ‘tendency’ etc. Angels dancing on the heads of pins come to my mind, but this sort of reflection has a long-honoured tradition in our profession and it is helpful to have an accessible review of the literature.

At the end of the day, politics will no doubt prevail as it always does in these much contested battles to secure a highly coveted place on the most prestigious body in the field of international law. My own view is that there is something to be said for acknowledging the political considerations involved, including recognising that there are valid political reasons as to why many governments might prefer to have some sort of expectation as to the thinking that might guide other states in determining whether to have regard for certain conventions. Similarly, the potentially negative practical consequences of treating casual vacancies, especially if caused by illness, as an occasion for a full-fledged election contest, should be factored in.

But all of this should be beside the point, because if ever there were an established practice in voting to fill vacancies on the Court it would appear to any onlooker to be that male candidates should almost always be preferred. A related element in this (deplorable and anachronistic) practice is that the ‘principle’ concerned is then staunchly defended on the grounds that ‘competence’ and ‘experience’ alone that should determine the outcome of such elections. Gender can surely have no place, the argument goes, in making such important decisions in relation to a vote that might significantly affect the way in which cases of major importance to sovereign states will be adjudicated.

Perhaps instead of a practice or a custom we should describe this as a gentleman’s agreement, to revert to the language that seems most appropriate to describe the practice.

It is surely astonishing that in the course of 76 years, a grand total of four women have been elected to the Court. One doesn’t even need all of the proverbial fingers on one hand to count them. During the same period, 26 times as many men have been elected, for a total of 105. In other words, only 3.7 percent of the historic membership of the Court have been female. The Men’s Court of International Justice? The Court of International Male Justice?

How can this be in the 21st century? The UN Charter committed to the equal rights of men and women, every human rights treaty adopted in the intervening decades has proclaimed the principle, but somehow it is virtually irrelevant when it comes to selecting who will make up the membership of this particular 15-member court.

In other courts, such as the European Court of Human Rights and the International Criminal Court, strong provisions have been put in place to ensure that the process of selecting judges results in an improving (even if still unsatisfactory) gender balance among judges. And the African Court of Human and Peoples’ Rights, currently presided over by a woman, actually has a majority of female judges (six of 11).

States pass resolutions year in and year out calling for gender equality in such contexts. The Secretary-General makes it his overriding priority in shaping the composition of the international bureaucracy and of lower courts and tribunals, not to mention treaty bodies and the like. And a coalition of civil society groups has established an important initiative, GQUAL (the campaign for gender parity in international representation) to draw attention to the dramatic disparities that still exist in too many international institutions. But the ICJ somehow sits in magnificent isolation, immune from such pressures.

Ah, the well-informed will object, there are already three female judges out of 15 on the Court at present. This is an all-time record, they will argue, and might add that surely 20 percent should be sufficient to satisfy the proponents of gender parity. But in no other context would 20 percent be considered satisfactory or even acceptable in today’s world. The reasons why gender diversity is indispensable, whether in terms of legitimacy, credibility, recognition of ability, policy consistency, balanced outcomes, and most of all true representation, have been rehearsed in depth elsewhere, including a recent book edited by Freya Baetens, Identity and Diversity on the International Bench, and need not be repeated here.

The Western European and Others Group (WEOG) at the UN has supposedly been at the forefront of efforts to transform the men’s clubs that have for too long been the reality of many international courts and tribunals. Another important book by Éléonore Lépinard and Ruth Rubio-Marín, on Transforming Gender Citizenship: The Irresistible Rise of Gender Quotas in Europe, analysing the evolution of gender parity in Europe concludes that:

The irresistible diffusion of gender quotas from one domain to the next when political circumstances are favourable – that is, from electoral politics to the public administration, the judiciary, universities, or corporate boards – is imposing women’s presence in the remaining bastions of patriarchal power.

Not so fast! The ICJ, or at least the states that vote to elect its judges, seem to have vaccinated themselves against such subversive ideas, while at the same time earnestly proclaiming their importance in other contexts. Now is surely the time to bring the Court into the twenty-first century and to make sure that it begins to look genuinely representative of half of humanity.

Philip Alston is the John Portnoy Pomeroy professor of law at NYU School of Law and co-chair of the NYU Center for Human Rights and Global Justice. This article was first published on EJIL:Talk!, the blog of the European Journal of International Law.