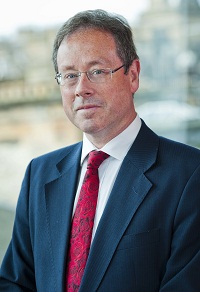 A senior executive ‘jumps ship’ to join the competition. He or she has emailed themselves a copy of your client’s entire customer database including pricing. The unhappy client phones you in a panic.

What can you do?

Interim interdict (injunction, in England) is the usual remedy.

A recent patent infringement case reminded me that clients – and English solicitors – don’t appreciate just how quickly the Scottish civil courts can move when emergency circumstances arise. I thought it might be useful to summarise the basics for non-lawyers and our southern colleagues.

The English solicitors were stunned that their client was facing a full-blown patent interdict (injunction) hearing the following Tuesday morning and outraged that “the first we are hearing about this is the preceding Friday”. As four Yorkshireman said in the famous Python sketch: “Luxury!”

We explained that there was generally no requirement for notice and that such hearings generally take place in absentia (ex parte), unless the opponent has lodged a caveat at court. The caveat system also seems to be unknown to English solicitors, but in fairness to them, there does not seem to be an equivalent in any other legal system.

Caveats are personalised tripwires. A name can be added to to a register at local sheriff courts (or the Court of Session, for Scotland-wide coverage) for a very modest sum. If there is a caveat in place, the court has to inform the opponent as soon as a writ, summons or petition is presented along with a motion for interim orders, such as interdict. The other party can then ask to be heard. Even with a caveat, the period of grace can be as short as overnight. However, if there is no caveat, the court can proceed to hear the application ex parte straight away. And I do mean “straight away”: in suitably urgent cases the court will hear and dispose of the ex parte application the same day.

By comparison, we ran an injunction application in the High Court (Queen’s Bench Division) over Christmas and New Year 2021/2022. In that case, there was extreme urgency as we were trying to restrain the holding of a meeting on 7 January. With court closures and holidays, the logistics were extremely challenging. It took a week to obtain a hearing date. The judge criticised our clients for not serving pleadings prior to filing an application for the interim injunction. In fact, the issues had been set out exhaustively by letter and that would suffice in Scotland: indeed, in the most urgent of cases a letter before action may not be needed.

A word of warning. Interim interdict is sought at the risk of the person seeking it. They can later be found liable in damages if an interdict is granted, recalled and loss was caused whilst the opponent was wrongly restrained. Again, this is different to the approach in England where a Cross Undertaking as to Damages must be provided when the case is filed.

The last point to note is that it is now possible in Scotland to be extremely creative when seeking urgent interim orders. The Courts Reform (Scotland) Act 2014 gave the local sheriff courts a sweeping new power to make any interim order the sheriff thinks fit, including both interim preventive and interim mandatory orders, and the Court of Session’s powers were extended to permit interim mandatory orders, correcting a major difference between Scottish and English injunctions, with the former hitherto being negative and prohibitory in effect.

With the advent of the pandemic and the migration of most court services to digital format managed by email, the above remedies can now be put in place even more quickly than in the pre-pandemic days, which it should be said was already a fairly swift process.

The Court of Session can also make a judge available at literally any time of the day or night (I have not yet tried this in the Sheriff Court). Memorably, in 2004 I ended up having tea and shortbread in the New Town drawing room of the late Lord Alan Johnston at midnight on a Saturday listening to senior counsel arguing over whether one of the Sunday papers should be allowed to run a story – thus providing my Glasgow colleagues another opportunity (as if they needed one…) to deploy the well-worn Edinburgh barb “You’ll have had your tea”.

Paul Motion is a solicitor advocate and partner at BTO LLP