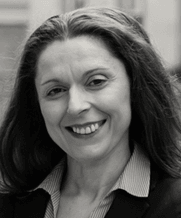 Thompsons Solicitors will be at the Supreme Court on Thursday to make a case for stronger consumer protection laws.

Decisions by English courts over the years, including the Court of Appeal, have created a loophole that allows companies to create and sell dangerous products with impunity.

The case of Hastings v Finsbury & Stryker relates specifically to a metal on metal hip replacement. It is claimed Mr Hastings suffered injury due to the release of metal debris. But the point being tested if far more widely applicable. Mr Hasting’s claim is that the product (hip) was defective and the defenders were therefore in breach of the Consumer Protection Act 1987.

Thompsons have been pursuing this case, along with various other related cases, for a number of years. There have been two unsuccessful Court of Session decisions and this Supreme Court hearing is the last throw of the dice.

There is a huge imbalance of power here. Mr Hastings is an individual person. The defenders are wealthy international orthopaedic companies. This has been a very expensive litigation and without a strong legal team an individual pursuer is unlikely to be able to fund their case.

Mr Hastings has been unable to prove his case so far because the defender withdrew the product from market before sufficient evidence could be gathered to prove the extent of the fault. The system is clearly unfair. The deck is loaded against consumers. After years of campaigning for better consumer protection when it comes to the safety of medical devices, we have now made every effort possible to redress the imbalance and make a difference for the benefit of all consumers.

The first judge to hear the case was Lord Tyre. He held that the pursuer had prima facie powerful evidence that the product was not performing in accordance with what he ought to have been able to expect but found in the defender’s favour because Mr Hastings could not provide sufficient evidence to support that – because the defender had withdrawn the product from market.

This is a legal loophole, created by previous product liability cases (mainly in England) which Thompsons are pushing to set right. The law as it stands does not provide consumer with the safety that they should be entitled to. The imbalance and unfairness is apparent.

The appeal hearing will represent the culmination of a long journey since the initial three-week proof in this case in back in May 2019. The appeal in this case will have a significant impact not only in determining the safety of a product under consumer protection legislation, but also the evidential standard for proving this. This will be a significant decision which will affect consumers in all corners of the UK.