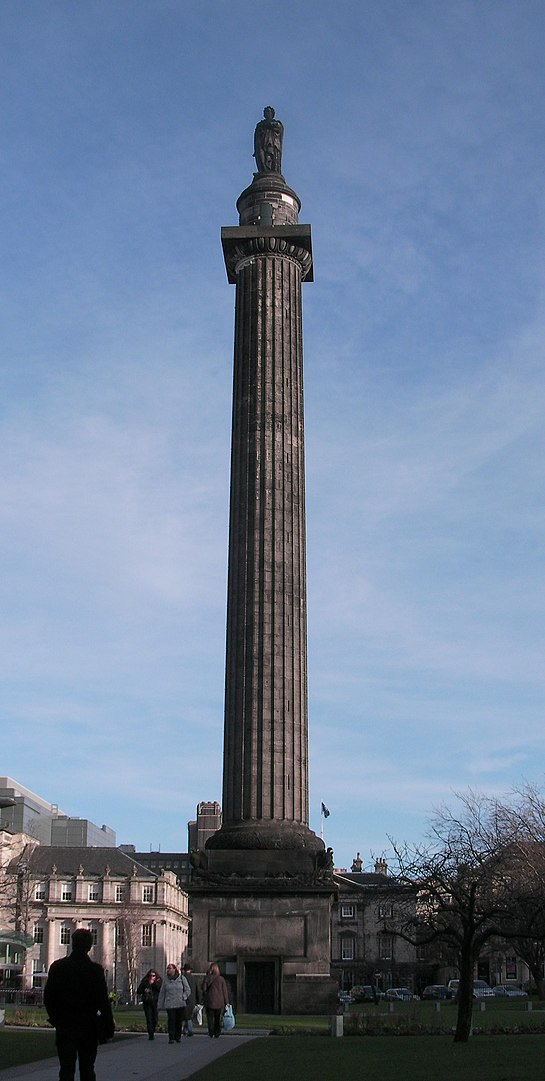 In part two of his reflection on the life of Henry Dundas, Chris Holme retells the episode that would be his undoing, see part one here.

It was a banking scandal on an epic scale involving flagrant misuse of public funds and fearless investigators.

The unlikely starting point is St Andrew Square in Edinburgh, where the 150-foot monument to Henry Dundas today stands as the city’s tallest, despite his career ending in the depths of disgrace as the result of dogged work by auditors.

A fearless bunch too, because as William Pitt’s chief fixer, Dundas was one of the most powerful men in Britain whose web of patronage spread across the world. As Home Secretary he had also pursued fellow advocate Thomas Muir, one of five political radicals transported to Australia after a notorious trial for sedition in 1793.

The idea of public audit as we know it was scarcely recognised two centuries ago, aside from Parliament appointing the occasional ad-hoc commission to examine flagrant abuses. Accountancy was known more as a trade than a profession. Expenditure was recorded in annual accounts but there was no public reporting or systematic audit of government spending. It was accepted practice, for example, for ministers to deposit public money in their own accounts and benefit from interest earned before bills were paid.

The Royal Navy had always been ripe for corruption, as Pepys had noted in his diaries more than a century earlier. Henry Dundas was appointed Treasurer of the Navy in 1782. Three years later, he himself championed a bill that set out strict regulations about Navy money, which had to stay in the Bank of England. This was to prove his undoing.

By 1802 there was sufficient concern for Parliament to set up a Commission of Navy Inquiry. It was chaired by Sir Charles Pole, a vice admiral and Henry Nicholls a Navy officer who had served with him. The other three commissioners were William Mackworth Praed (a lawyer), John Ford and Ewan Law. Their brief was to inquire into “irregularities, frauds, and abuses practised in the Naval Departments”.

They were extraordinarily industrious – producing 14 reports in just four years, mostly about mundane matters such as naval storekeepers in Jamaica, coopers’ contracts and the purchase of victuals for prisoners of war. But their tenth report was sensational, covering the earlier activities of Henry Dundas (by then, First Lord of the Admiralty) as Navy Treasurer.

At first, Dundas seemed untouchable. His salary as treasurer had been doubled by the King to £4,000 a year specifically as a disincentive to private profiteering from public funds. But the more the commissioners delved in successive witness hearings, the more extraordinary the story became. They established that Alexander Trotter, the Navy paymaster, had taken public money for the Navy from the Bank of England and deposited it into private accounts for Dundas at Thomas Coutts’ bank in the Strand. All three were from Scotland, giving this a real whiff of a Scottish mafia on the make in London.

The scale of misuse was epic – up to £15 million then. The charge was not stealing as such, but using the money to speculate on shares, principally in the East India Company, in which Dundas had a long-standing controlling ministerial and pecuniary interest.

As his accusers pointed out: “It was infamous that the pittance wrung from the necessities of the poor should be sported with in the hazardous game of stock jobbing.”

Dundas was irked by the commission’s attention to events stretching back 20 years, during which time he had faithfully served his country in times of war. As a minister he had also steered through the first income tax legislation and the union with Ireland (based on the 1707 union with Scotland).

He denied the charges – insisting that Trotter had been acting without his authority or knowledge. He also told the commission not to pry into “confidential” matters that required him to keep some payments secret, particularly in wartime. This cut little ice – the commission specifically returned in a later report to funding of secret services during war.

Dundas wrote to the commissioners asking for changes to the report after publication. Their reply was polite but effectively told him to get stuffed: “We have been occupied several months investigating the mode of conduct in the business of the office of Treasurer of the Navy. Those who were examined by us had the fullest opportunity of explaining all things which related to the management of that department, or to the share they had respectively in it; and of correcting at any time during the progress of the inquiry, any mistakes that might have inadvertently been made. Our opinions on the irregularities and abuses which we discovered were formed and drawn up with the utmost care and deliberation.”

The growing scandal over this “great malversation of the public money” triggered impeachment proceedings first used in the 14th century to bring the powerful to account for “high crimes and misdemeanours.“ The Commons considered the commission’s findings against Dundas. London brewer Samuel Whitbread outlined the charges and, in one of the most fulsome praises of auditors’ work, waxed lyrical about the commissioners:

“In the course of their work they had been met with rude rebuffs in the different offices, through the corruption of which they waded; they had been violently opposed to the whole host of those whose depredations on the public they were unveiling; they had been taunted with the appellation of inquisitors, and every possible means had been used, but in vain, to disgust them with the employment with which they had so nobly and disinterestedly taken upon themselves.”

The motion of censure was carried by the Commons on the casting vote of the Speaker but Dundas, by then Viscount Melville, was not done yet. Instead of facing criminal prosecution, he was able to stand trial at the bar of the House of Lords.

Lack of evidence (Dundas had destroyed all his records, as had Trotter) and sympathy from fellow peers for an elderly colleague led to his acquittal, but his career was in ruins. It came as news arrived of Napoleon’s overwhelming victory over Austrian and Russian armies – as Pitt bitterly remarked: “We can get over Austerlitz, but we can never get over the tenth report”.

This was the last time impeachment was used in Britain. The puzzling thing is what happened next. His fall from grace had been spectacular yet he rose again after death as the tallest statue, by far, in Edinburgh.  It has been the focus of protests this summer because of his backing for “gradual” abolition of slavery which effectively gave licence for a huge expansion in the trade for more than a decade.

Muir managed to escape and find refuge in revolutionary France where he died in 1799. The obelisk in the Old Calton Cemetery was erected in 1844 to commemorate him and the four other Scottish Martyrs. In another recent twist, his name has now been restored to the roll of Faculty of Advocates.

What this shows is that truth can speak to power at the time. But just deserts can also be served even after 200 years… and there is no statute of limitation on the limitation of statues.