David J Black looks at the shameful treatment of ME/CFS sufferers in the second part of his medico-legal series. Read part one here.

Before entering the realms of Fraser v NICE one or two other factors have to be considered. The first was the role of the generality of a UK media which was almost entirely persuaded that ME/CFS was an ‘all in the head’ condition whose victims were, as often as not, a bunch of malingerers suffering from a condition described as yuppie flu. Ricky Gervais even got a gag out of it, lampooning ME/CFS as the condition where “I don’t feel like going to work today”.

The press was encouraged in its scoffing cruelty by an arcane scientific lobbying body, the Science Media Centre, which should certainly be investigated by Panorama, but probably won’t be, given its close relationship with the BBC. A recent FOI request to establish whether the BBC still had a connection with the Science Media Centre elicited the following Jesuitical response:

“Part VI of Schedule 1 to the Act provides that information held by the BBC and the other public service broadcasters is only covered by the Act if it is held for ‘purposes other than those of journalism, art or literature’. The BBC is not required to supply information held for the purposes of creating the BBC’s output or information that supports and is closely associated with these creative activities.”

Do we take that as a ‘guilty as charged’? If The Science Media Centre – described as a “cultish political network” by The Guardian’s George Monbiot – was immensely influential, another body on the cui bono list when it came to denigrating ME/CFS victims was even more so: Her Majesty’s Government, in particular the Department of Work and Pensions and its friends in the health insurance industry. They didn’t even try to hide their conflict of interest. A 2006 report by the UK Parliamentary Group on Scientific Research into Myalgic Encephalomyelitis baldly stated:

“CFS/ME is defined as a psychosocial illness by the Department for Work and Pensions (DWP) and medical insurance companies. Therefore claimants are not entitled to the higher level of benefit payments. We recognise that if CFS/ME remains … defined as psychosocial then it would be in the financial interest of both the DWP and the medical insurance companies.”

In fact that statement could not be reconciled with the broader consensus view. The World Health Organization classified ME/CFS as a neurological illness, and the UK government did not officially dissent from that definition. The DWP, it seems, had gone rogue to save money.

It was also backing the psychogenic cause with generous helpings of public resources, notably in the case of something called the PACE trial. Devised in 2003, PACE, at £5m, was the most expensive research project into ME/CFS ever undertaken in the UK. It was funded by a Department of Business, Energy, and Industrial Strategy agency, the Medical Research Council, as well as the DWP itself, which tells us everything we need to know about its desired outcome, and since the study was dominated by psychiatrists the direction of travel was entirely predictable. 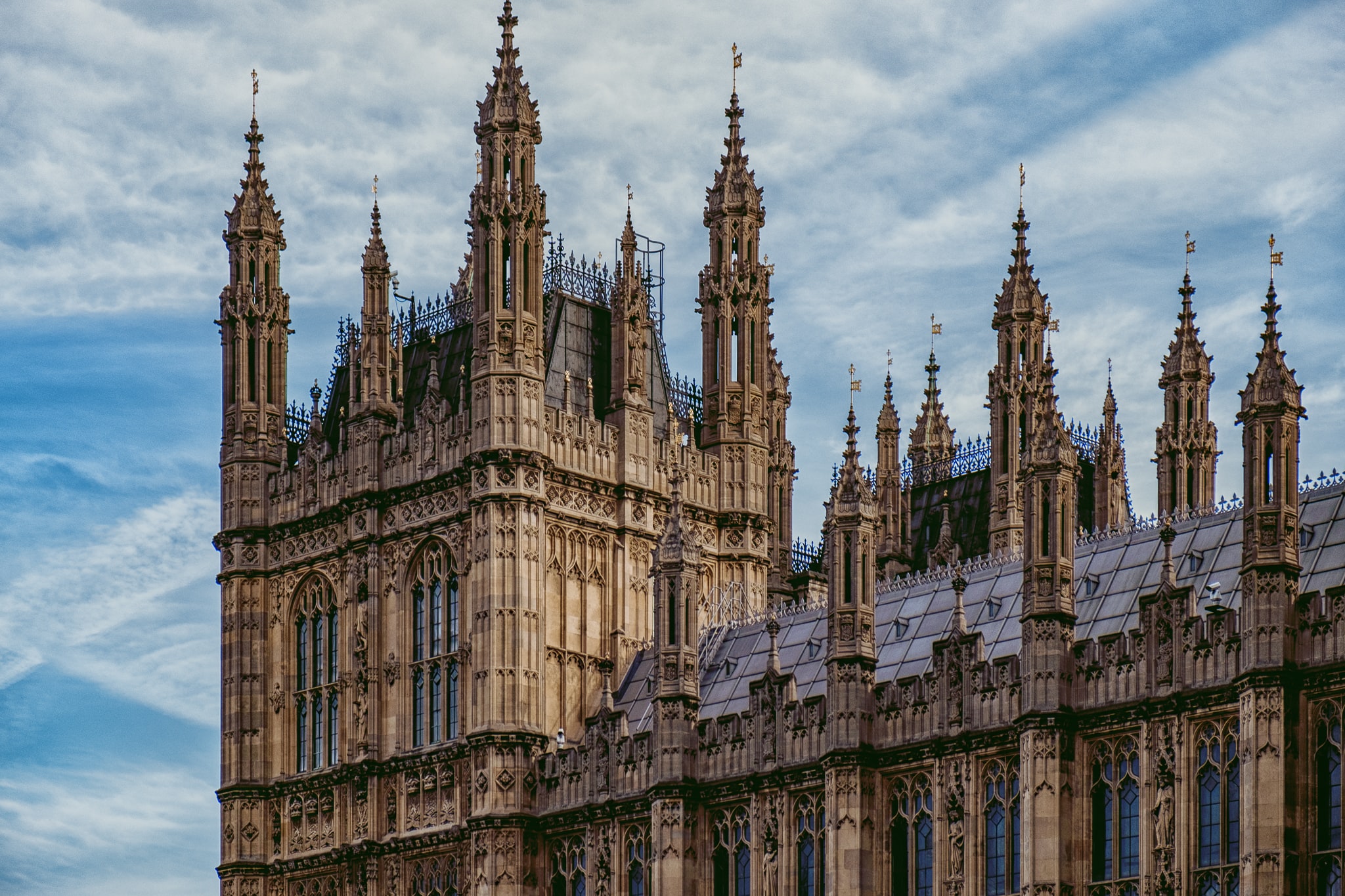 Published in The Lancet in 2011, by 2019 PACE was being slammed in Parliament as “the biggest medical scandal of the 21st century”. The following year its recommendations were excised from NICE guidelines, but by then the ship had sailed for former Scottish Philarmonic Orchestra violinist Douglas Fraser, who had endured ME/CFS since 1994 and found his psychogenic treatment wholly ineffectual. This had consisted of a combination of PACE approved Cognitive Behavioural Therapy and Graded Exercise Therapy (CBT/GET), the only treatment then available on the NHS.

CBT was a form of psychiatric counselling which sought to persuade sufferers that their problem was rooted in their own dysfunctional beliefs, rather than some external agent, such as a virus or an ingested environmental toxin. Invented by American psychiatrist Aaron Beck to treat depression, CBT was adapted to the field of ME/CFS by the psychogenic school, the idea being that a patient should be trained to challenge his or her own negative thoughts, and buck up. An incidental advantage for HMG, as we have seen, was that if the problem lay within the patient’s head then any entitlement to welfare benefits would be limited, thus saving HM Treasury a heap of money.

GET was a particularly contentious treatment which required patients suffering from extreme exhaustion to undertake exercise routines, often resulting in ‘post-exertional malaise burn-out’ and a further deterioration of health. Not only was GET of limited efficacy. It could be downright dangerous, and even fatal, where some undiagnosed physiological condition, such as dorsal root ganglionitis resulting in severe spinal inflammation, was the cause of a victim’s extreme fatigue, disorientation, and depleted strength.

In 2009 Mr Fraser sought a judicial review in the hope that he might access a form of treatment other than CBT/GET. This brings us to the nub of the matter. Despite the support of former Dean of East Anglia University’s School of Biology, Dr Ian Gibson MP, who had chaired both the House of Commons Science and Technology Select Committee and the Cross Party Group on the Scientific Research into ME, Mr Fraser’s bid failed on the grounds that “perceptions of bias” in the NICE guidelines were “demonstrably false” while his “unfounded allegations” were “damaging to science”.

Lord Simon, no doubt in impeccable good faith, considered the evidence within the strictures of the orthodoxy. Mr Fraser’s difficulties were officially deemed psychosocial under the 2007 NICE guidelines, and under these guidelines his health authority was only obliged to offer him CBT/GET.

The fact that just over a decade later the guidelines were found wanting to the extent that NICE scrapped them in what would appear to be scandalous circumstances obliges us to reflect on the possibility that Mr Fraser was, in retrospect, the victim of a prima facie miscarriage of justice, for Lord Simon’s judgment might itself be judged manifestly defective in light of the fact that it rested on an assumption that NICE guidelines had a primacy amounting to force majeure. The medical negligence expert Laurence Vick, writing in 2018, stated: “Guidelines are not regarded as having the force of law – they help set a recognised standard but do not dictate it in all circumstances.”

Whatever force NICE guidelines had after the overwhelming cacophony of criticism which obliged NICE to delete its CBT/GET recommendation in November 2020, they had little effect in certain quarters – for example in the paediatric department of Bath’s Royal United Hospital, where the CFS therapists’ manual of February 2021 claims airily “Cognitive Behaviour Therapy (CBT) is one of the three current NICE recommended treatments for Chronic Fatigue Syndrome”, the others cited were activity management and GET. This manifestly contradicts the revised NICE view, namely “cognitive behavioural therapy (CBT) it is not a treatment or cure for ME/CFS” while “graded exercise therapy (GET) should not be offered for the treatment of ME/CFS”. It may be noted that the hospital’s senior visiting professor, a leading promoter of the psychogenic model, was a participant in the PACE trial and had a close association with the Science Media Centre!

A complicit media was clearly a vital part of the psychogenic strategy, and there would be very little by way of impartial commentary and analysis when that strategy began to unravel.