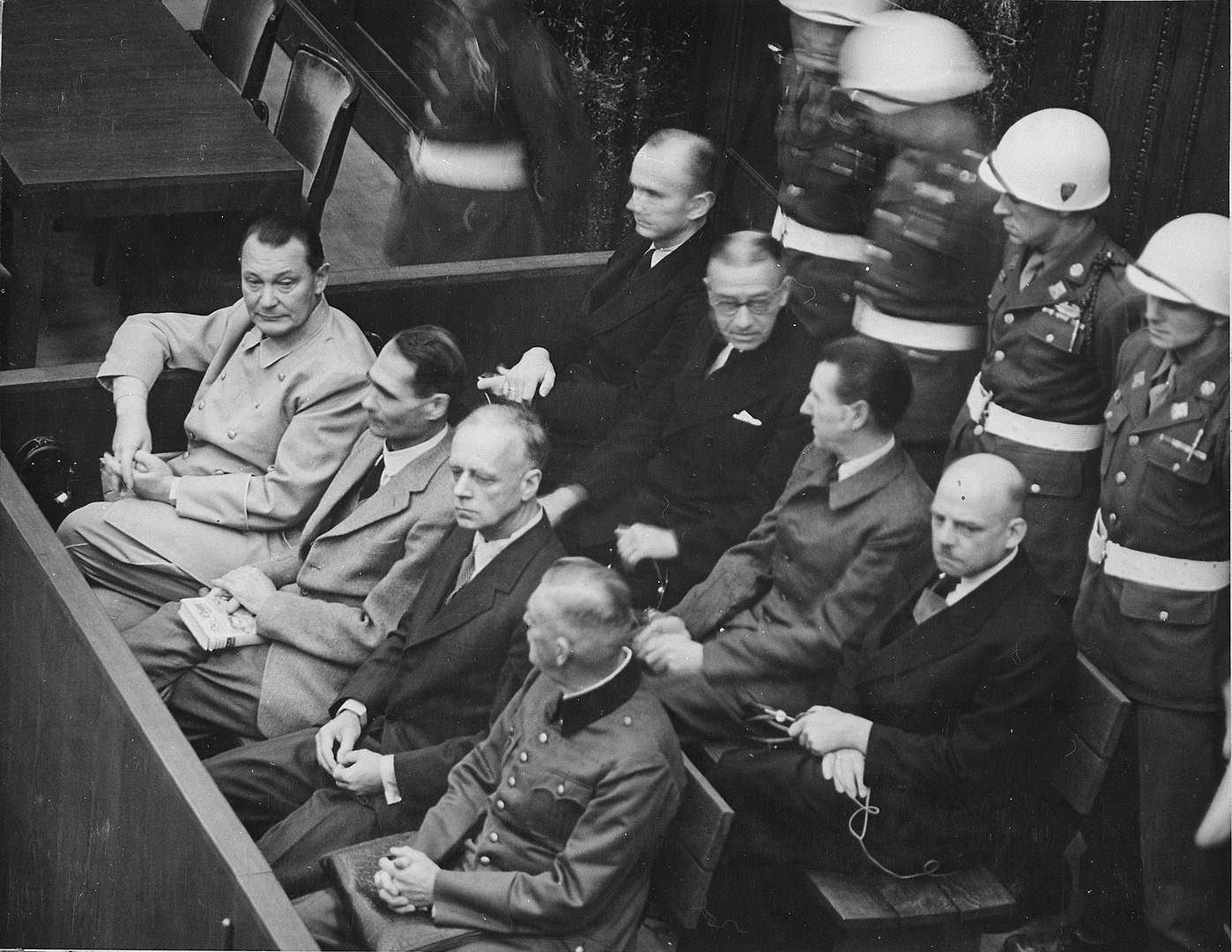 The 75th anniversary of the beginning of the Nuremberg Trials is to be celebrated with a ceremony this evening.

The event, to be held in Courtroom 600 – the historic site of the trials at the Palace of Justice in Nuremberg, Germany – will comprise a speech and a panel discussion. The guest of honour of the evening is Federal President Frank-Walter Steinmeier.

Professor Philippe Sands QC records the trial in his book East West Street which details the origins of genocide and crimes against humanity, interwoven with his own family history.

He writes: “The first time I visited courtroom 600 in Nuremberg’s Palace of Justice, I was struck by its intimacy, and a warmth created by the wood paneling. It was strangely familiar, not the brutal space I’d expected and not nearly as large.”

At one point during the trials, the appearance on film of Hitler caused a commotion among the defendants.

“‘Can’t you feel the terrific strength of his personality,’ Ribbentrop was heard to observe, ‘how he swept people off their feet?’ A force of personality, it was ‘erschütternd’. Staggering.”

Ribbentrop would be the first to hang.

Hermann Göring, reichsmarschall and heir presumptive to the Nazi throne, committed suicide by cyanide hours before he was due to be hanged.

As the war drew to a close in 1945 he had sought permission from Hitler, who was planning to end his life before being caught, to assume the leadership of the Third Reich. The telegram he sent making the request was, however, intercepted by Martin Bormann, his rival, who convinced Hitler that Göring was a traitor. Göring surrendered to the US Army’s 36th Infantry Division near Radstadt in Austria.

Bormann himself appeared to have initially escaped the Allies and for decades sightings of him were reported around the world. He was tried in absentia at Nuremberg.

In 1972 construction workers found human remains at a site in West Berlin – they were Bormann’s. It transpired that he too had killed himself to avoid capture.

“The judges dealt expeditiously with the organizations. The Nazi leadership, Gestapo, SD, and SS were all found to be culpable, along with the Waffen-SS army and the half a million men under its command. This created a very large pool of criminals. The SA, Reich cabinet, and General Staff and High Command of the Wehrmacht were let off the hook, an act of judicial compromise.”

Upon hearing the that he would be hanged, Hitler’s lawyer, Hans Frank, Governor General of occupied Poland, the ‘Butcher of Warsaw’, said: “I deserved it and I expected it.”

Tonight’s ceremony will be broadcast live at 7pm (CET) online.