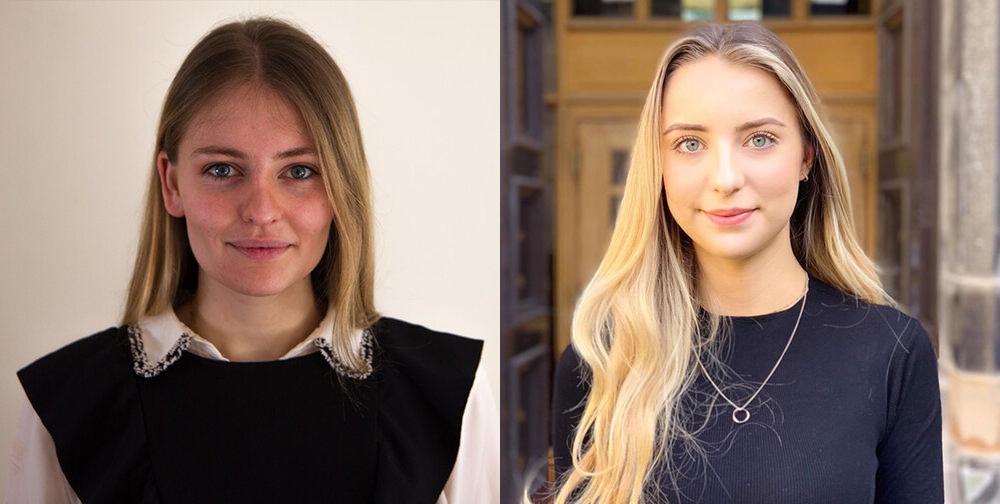 The Aberdeen Law Project (ALP) has announced the appointment of Victorie-Anne Gomez-Llorens and Helena Siebenrock as co-student directors.

Ms Gomez-Llorens, from Reims, France, and Ms Siebenrock, from Frankfurt, Germany, will be co-student directors and are succeeding Jonathan Goodyear, the ALP’s tenth student director, who has gone on to join the board.

Anna Robertson, commenting on behalf of the board, said: “Eleven years on from the formation of the Aberdeen Law Project and we’re back in circumstances akin to those of 2009. As in the recession, pro bono has an even more considerable role to play within the Granite City.

“It’s a real pleasure to announce Victorie-Anne Gomez-Llorens and Helena Siebenrock as our joint student directors; they have shown their impressive abilities, drive and work ethic during their time with ALP, and in particular whilst undertaking the roles of deputy student director and assistant deputy respectively. I have every confidence that Victorie-Anne and Helena will build on ALP’s past successes and bring about change and help for those in the justice gap.”

Jonathan Goodyear added: “The project’s work is vital – it gives a voice to those who would otherwise go unheard and hope to those in the most desperate of circumstances. This year has been a challenging one. Covid-19 has left more people than ever in the justice gap whilst simultaneously making it more difficult for projects like ours to help on the ground. The Project could not, however, ask for a better duo to lead it through these unprecedented times.”

Ms Gomez-Llorens and Ms Siebenrock said: “We are both utterly delighted to have been given the opportunity to step up and lead the Aberdeen Law Project. We were previously involved in ALP’s community outreach initiatives, so we know how important ALP’s work is to the community and it is a real privilege to now be trusted to lead and direct ALP’s student team.

“Jonathan’s mentorship this summer has been invaluable in preparing us for this role. His leadership and dedication in steering ALP through the challenge of COVID-19 has been exceptional.”