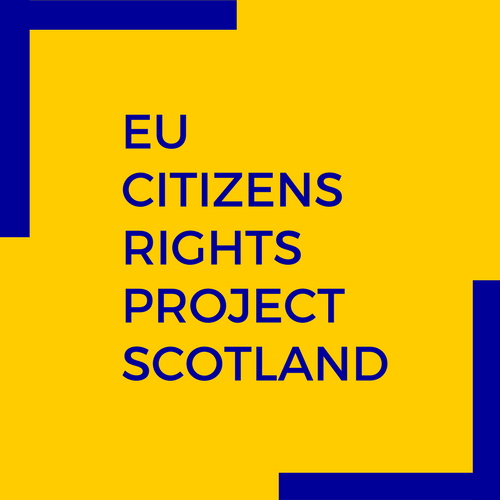 A group bringing together migrants’ groups, voluntary organisations, and lawyers has launched a new project to make sure EU citizens in Scotland know about their rights after Brexit.

A series of four events in April and May will provide advice and information about Brexit to EU citizens in Scotland. In addition, 14,000 factsheets about EU nationals’ status in the UK post-Brexit will be distributed among migrant communities in Scotland.

The initiative is part of the “EU Citizens’ Rights Project”, which is being delivered with the co-operation of a number of organisations from across Scotland, led by Public Policy Events from Edinburgh. The events will be held in Inverness, Edinburgh, Aberdeen and Glasgow. They will feature expert speakers followed by a Question and Answer session, as well as representatives from a number of migrant organisations from across the country.

The aim of the project is to provide information on Brexit for nearly 200,000 EU citizens living in Scotland, whose right to reside in the UK will change soon. It has been brought together by Mark Lazarowicz, an advocate whose interests include EU law and citizenship, and former MP for Edinburgh North and Leith.

Mr Lazarowicz said: “Over the last few months, I’ve been asked at a lot of meetings about EU citizens’ rights after Brexit. At every meeting, there have been a lot of worried people. Many EU citizens who have been in Scotland for years – in some cases for decades – are now not sure about their future in this country. We hope this initiative will provide the 200,000 EU citizens in Scotland with honest, accurate, and up to date information about what Brexit will mean for them and their families.”

The events in the four cities are being held in association with Drummond Miller. An immigration lawyer from Drummond Miller will be speaking and answering questions at each of the four events.

The project is delivered with the financial support of the European Commission Office in Edinburgh.

The events will be held on the 14th, 28th and 30th of April (Inverness, Edinburgh and Aberdeen respectively) and the 2nd of May (Glasgow).

The times and venues for the four events can be found at the project’s website: https://publicpolicyevents.com/eu-citizens-rights-project and on the Facebook page: EU Citizens Rights Project - Scotland.