New members appointed to the Judicial Appointments Board for Scotland 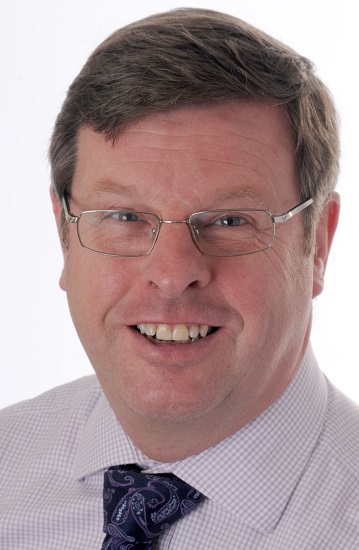 Two new members have been appointed to the Judicial Appointments Board for Scotland (JABS). Deirdre Fulton is appointed as a lay member and Alistair Morris (pictured) as a legal member.

The JABS was established by ministers in 2002 in order to create more open and accessible arrangements for judicial appointments in Scotland.

Ms Fulton has a commercial and international background. She runs her own consultancy business with a focus on providing meaningful insight and analysis, mainly to clients in the aviation sector.

Typical assignments include strategic planning, due diligence, market research and marketing and communications.

Prior to setting up her own company in 2008, she worked at a senior level in the Scottish aviation industry and gained extensive experience of corporate strategy, operations as well as people and resource management.

She is a graduate of Strathclyde University and holds an MBA.

She is also a vice-chair and trustee of her local Samaritans branch with specific responsibility for recruitment and selection.

Mr Morris brings experience from his career with Pagan Osborne which spans three decades where he established an industry wide reputation in private client services before becoming CEO in 2005.

He also spent over 20 years on the council of the Law Society of Scotlandrepresenting the sheriffdom of Cupar.

He was elected president of the Law Society in June 2014.

Mr Morris said: “I am delighted to join the Judicial Appointments Board for Scotland. The board has a very important role to play in Scotland’s justice system in ensuring that the judicial appointment process is transparent, fair and instils confidence among the public.

“There has been an enormous amount of work done since its creation over a decade ago in developing its policies and providing information and clarity on the appointments process for those considering a judicial career.

“I am very much looking forward to what will be a very interesting and rewarding role, particularly at a time when the reforms recently introduced by Lord Gill are set to transform the way our civil courts operate.”

Lorna Jack, chief executive of the Law Society of Scotland, said: “This is a fantastic appointment for Alistair and for the Judicial Appointments Board.

“As one of the Law Society’s longest serving members of council and as our current president, I have seen first-hand his commitment to representing solicitors across the justice sector and among a wide range of stakeholder groups. With his considerable board level expertise and professionalism, he will undoubtedly make a very positive contribution to the work of the board.

“The judicial appointments process is incredibly important and we have seen increasingly numbers of solicitors putting their names forward for judicial office over recent years.

“We certainly want to do more to encourage our members to think about these kinds of opportunities as important next steps in their professional careers.”

The appointments are part-time and attract a remuneration of £290 per day for a time commitment of twenty to forty days per year.