Mark Lazarowicz: What the SNP-Green deal could mean for the natural environment 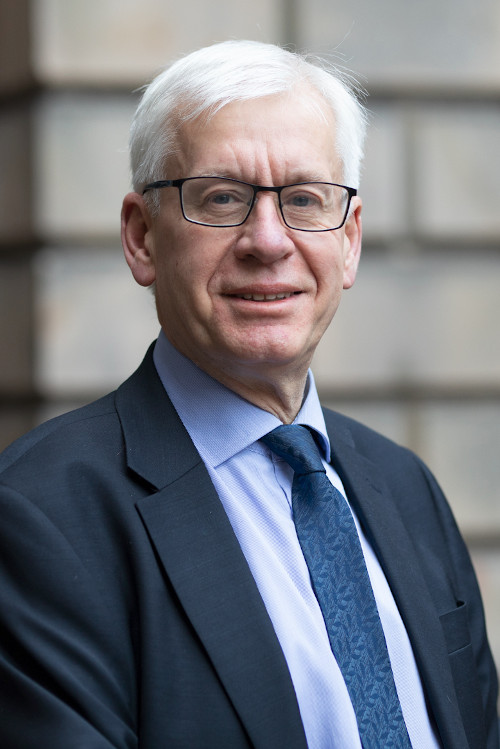 Advocate and former Labour MP Mark Lazarowicz examines the new SNP-Green deal and assess how radical an impact its commitments could have on the natural environment in Scotland.

The ‘co-operation agreement’ between the SNP Scottish Government and the Scottish Green Party includes, as one of its sections, policies on the natural environment.

The headline commitment is to a “Natural Environment Bill”. There is an “aim to introduce” this into the Parliament in year three of the current Scottish Parliament session (i.e. 2023/2024).

It is promised that the Bill will:

As is inevitable in any such wide-ranging proposal for legislation, the full significance of the bill will only be known when the targets and changes are published. Clearly, however, the Bill has the potential for a significant impact on the natural environment, if its eventual scope is as wide as is promised.

There is also a free-standing commitment to expand the newly established “Nature Restoration Fund” over the duration of this parliamentary session and encompass multi-year funding. That is promised to make an important contribution to meeting those targets and restoring Scotland’s terrestrial and marine environment. How extensive that impact will be of course depends both on those targets, and how much extra cash will be given to the fund. Providing multi-year funding will certainly help to widen its impact, given that restoration projects are likely to require funding over a number of years.

The policy programme also commits to a review of environmental justice, including the case for an environmental court, taking place during the “current parliamentary session”.

Beyond these overarching policies, there are also commitments to specific measures in a number of areas, as follows.

At least one new National Park is to be designated by the end of the parliamentary session, with provisos that “National Parks should be designated only in response to local community demand and … would be smaller in scale than existing parks”

In agriculture, there is a commitment to ensuring that “the sector makes the emission reductions required to contribute to Scotland’s world-leading emissions targets, to support and deliver nature restoration and a just transition to net zero, and to produce high quality food”.

To achieve this, the paper promises that:

Specific commitments on agriculture are few, which is not surprising given that the task of transforming policies to the new post-Brexit is a complex and substantial exercise. It can be noted, though that there are promises to:

Five pilot Regional Land Use Partnerships (RLUPs) were established this year. There is a commitment that if those pilots “can demonstrate that they meet expectations relating to the above, and show that they have taken a democratic, local approach” then

By contrast with some other areas of policy, many of the commitments here are more concrete.

The policy programme commits to increasing woodland creation “in line with existing recently increased targets, and to explore opportunities to go further and faster, particularly on nature restoration”, with specific commitments to:

More general commitments are given to:

Consultation is to be undertaken on further land reform measures, in particular “to tackle the scale and concentration of land ownership in rural and urban Scotland. This will include a public interest test to apply to transfers of particularly large scale land holdings which will include a right of pre-emption in favour of community.”

A Land Reform Bill will be introduced by the end of 2023, and there is a specific commitment to double the Scottish Land Fund from £10 million to £20 million per annum by the end of the parliamentary session.

The paper accepts that “that the status quo of aquaculture regulation is not an option”, and it includes commitments to:

This is another area of policy with more specific commitments, including promises to:

All these measures are to be implemented taking into account “socio-economic factors affecting the resilience and viability of marine industries and the coastal communities which depend on them”, with plenty of public engagement and consultation.

The programme promises “ urgent action is needed to tackle wildlife crime and to address the environmental impacts of intensive grouse moor management”, together with a review of licensing or further regulation including over muirburn, wildlife control, the use of medicated grit, and wildlife crime.

It also promises to support the continued expansion of the beaver population, including into more locations in Scotland.

The programme restates the Scottish Government’s commitment to a “ Good Food Nation Bill”, which will include:

In addition, the promised Human Rights Bill will introduce a right to adequate food, as part of the overall right to an adequate standard of living.

What difference will these policies make?

So those are the commitments. What difference will they make to Scotland’s natural environment?

The first and obvious point to make is that many of the commitments are ones to “bring forward” proposals, to hold “reviews” and “consultations”, and to then pass laws, set targets, and the like. Their impact will obviously only be clear once those promises are turned into legislation, decisions are taken by government, and funds are allocated.

However, the package of proposals certainly sets out a framework which could be used to have dramatic, and beneficial, effect on Scotland’s natural environment. The extent to which that happens will of course depend on the decisions taken by the Scottish Ministers once all the promised reviews and consultation have taken place. The possible implications of a radical use of the commitments made on agricultural and marine businesses, and landowners, in particular are substantial, and there is likely to be a lot of lobbying and pressure by vested interests and campaign groups to get their desired outcomes.

The commitments in the area of the natural environment are extensive, and will need a lot civil service – and parliamentary time – to put into effect. It can be seen that many of the commitments are to implement policies by the end of the current parliamentary session, in April 2026. That’s not unreasonable, given the complexity of many of the policies, but there could be a risk of a “policy blockage” at the end of the parliamentary session, in which it is not just possible to get the necessary measures through in time.

To be fair, there are a number of policy commitments which the programme aims to bring forward earlier, which is welcome. But the scale of the programme in this area will need careful management and leadership, including by Ministers, if some of them do not fall by the wayside.

The risk of this happening can be shown by the fact that the programme only promises a further review of environmental justice within the current parliamentary session (i.e. by 2026). The Scottish Government has actually been consulting on environmental justice in one form or another since 2006.

Similarly, the idea of a new Scottish Environment Act has been around for many years: Scottish Environment Link was calling for that back in July 2019. Ministers from the two governing parties – as well as opposition parties, and individual MSPs – need to ensure that the “aim to introduce” the proposed “Natural Environment Bill” at some time in 2023/2024 becomes a definite commitment to do so at the beginning of that period. And they should make sure it passes well before the end of the parliamentary session in 2026.