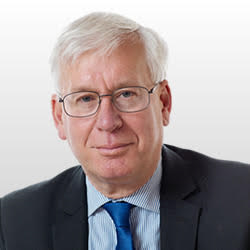 Former MP Mark Lazarowicz has returned to the law and rejoined Westwater Advocates.

Mr Lazarowicz, a non-practising advocate from 2001–15 while serving as the Labour and Co-operative MP for Edinburgh North and Leith, called to the bar in 1996 and established a varied civil practice specializing in reparation and administrative law, with experience in personal injury, construction, housing, and immigration cases.

During his parliamentary career, he focussed on environmental, energy, climate change, financial services, and constitutional issues, and was the Prime Minister’s special representative on carbon trading from 2008–10.

Stable Director Calum MacNeill QC said he was “delighted” that Mr Lazarowicz had rejoined the stable.

Mr MacNeill said: “I am delighted to welcome Mark back to practice after his fourteen years in the House of Commons.

“He will encounter a few changes but I am sure he will quickly find his feet with the support of his colleagues at Westwater Advocates and continue in the spirit of public service that has characterised his career to date.”