‘Manila Principles’ launched at conference on human rights and the internet

At an international conference in the Philippines on human rights and the internet this week a coalition of digital rights organisations launched the “Manila Principles on Intermediary Liability” – a set of guidelines on protecting online freedom of expression around the world.

“These services are all routinely asked to take down content, and their policies for responding are often muddled, heavy-handed, or inconsistent.

“That results in censorship and the limiting of people’s rights.

“Our goal is to protect everyone’s freedom of expression with a framework of safeguards and best practices for responding to requests for content removal.”

The principles and supporting documents can be found online athttps://www.manilaprinciples.org.

The six principles that the document advances can be summarised as follows:

1. Intermediaries should be shielded by law from liability for third-party content

2. Content must not be required to be restricted without an order by a judicial authority

4. Laws and content restriction orders and practices must comply with the tests of necessity and proportionality

5. Laws and content restriction policies and practices must respect due process

6. Transparency and accountability must be built in to laws and content restriction policies and practices 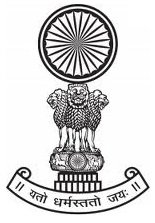 Advocates of the principles say they were vindicated in a decision of the Supreme Court of India, which struck down a clause of the country’s Information Technology Actthis week.

Section 66A of the act allowed criminal charges to be brought against internet users and removal of content by intermediaries on the basis such content was “grossly offensive” or of “menacing character” or was created “for the purpose of causing annoyance inconvenience, danger, obstruction, insult, injury, criminal intimidation, enmity, hatred or ill will”.

The provision is said to have been misused by Indian authorities and was challenged in court after a woman made a comment on Facebook mildly criticising a city shut down, which her friend then “liked”, resulting in the pair’s arrest. However, the court found the clause unconstitutional and struck it down.

Principle 2, which seeks to prevent governments from bypassing the judicial system, was borne out in the court’s thinking towards section 79 of the act which provides that an intermediary’s immunity from liability can be suspended where it does not remove content after “receiving actual knowledge, or on being notified by the appropriate Government or its agency that any information, data or communication link residing in or connected to a computer resource controlled by the intermediary is being used to commit unlawful act”.

However, the judges said section 79 only made intermediaries liable for illegal content where they failed to comply with a court order requiring them to remove it – an argument consonant with principle 2.

The case is seen by digital rights activists as a victory against government attempts to stifle free speech online.