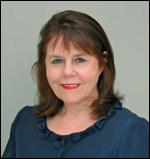 A man who was wrongly convicted of rape is entitled to claim compensation after judges dismissed an appeal by the Scottish Ministers against a ruling that their decision to refuse his application was “unlawful”.

The Inner House of the Court of Session upheld a judgment of the Lord Ordinary, who concluded that the ministers’ decision to refuse compensation was “irrational and unreasonable”.

Lord Eassie, Lord Brodie and Lady Clark of Calton (pictured) heard that Desmond Dinnell was sentenced to six years’ imprisonment after being found guilty of rape in 2002, but he successfully appealed and his conviction was quashed in December 2009 after the Criminal Appeal Court held that the verdict – returned in ignorance of the fresh evidence – should be regarded as a “miscarriage of justice”.

He thereafter brought a petition for judicial review challenging decisions of the ministers to refuse his application for compensation under an ex gratia scheme for persons who have spent a period in custody following wrongful conviction.

The Lord Ordinary, Lord Burns, ruled that the decisions relative to the ex gratia scheme were “irrational and unreasonable” as they failed to take account of material and relevant considerations, but the ministers appealed.

Turning to the Lord Ordinary’s decision, it was submitted that the judge “missed the point” in asking whether there were exceptional circumstances in the case and he therefore “erred in his approach and conclusion”. The ministers maintained that when read together it was plain that the two decision letters looked at “all the relevant factors” including the length of the appeal process, the fact that the respondent was not fully exonerated and concluded that there were no exceptional circumstances to justify a grant of ex gratia compensation.

However, counsel for the respondent made detailed criticisms of the decision letters which he submitted “demonstrated the irrationality of the reasoning in the letters”. He submitted that there was no reference at all to an exceptional feature of this case – the fact that respondent had remained on the sex offenders’ register as a convicted rapist for over seven years.

In the first decision letter, the reclaimers appeared to accept that the period between conviction and the appeal decision quashing the sentence was “exceptionally long”, but that appeared to be balanced against the time spent in custody and the fact that there was no complete exoneration. In the second letter, the reclaimers acknowledged that the time to acquittal was different from the time spent by the respondent in custody, but added that the time to acquittal was “only one factor”. In summary, counsel submitted the reasoning was “inadequate” to explain the decision.

Refusing the ministers’ appeal, Lady Calrk of Calton – with whom Lord Eassie and Lord Brodie agreed – ruled that the reasons given in the decision letters were “irrational” and that the Lord Ordinary was “entitled” to pronounce the interlocutor which he did.

Delivering her opinion, Lady Clark said: “The reclaimers conclude that as the conviction was subsequently overturned in the normal course of the appeal process, which exists to identify such miscarriages of justice, compensation is not payable. I consider that this completely misses the point which is being made on behalf of the respondent.

“The second letter attempts to correct the misconceptions about the function of the appeal court displayed in the first letter. There is no attempt made to address the evidence in the particular case.

“Even if the finding by the appeal court that there was a miscarriage of justice did not amount to complete exoneration, exoneration…is not specified in either scheme as a condition which must be fulfilled before an ex gratia payment is made. In my opinion it is recognised as one route to bring a claim within the ambit of exceptional circumstances.”