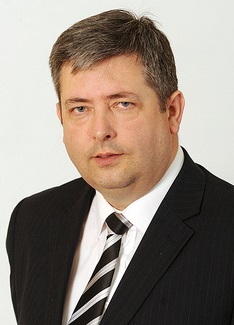 Speaking before a Holyrood committee, the lord advocate, Frank Mulholland QC and James Wolffe QC, dean of the Faculty of Advocates gave opposing views on the creation of a statutory defence for trafficking victims who commit crimes.

Mr Mulholland told the Scottish parliament’s justice committee a statutory defence would impose an onus on victims to prove their innocence, resulting in “more injustices” while Mr Wolffe said the absence of such a defence would make victims less well protected against prosecutors’ misjudgements.

Explaining the complexity of trafficking issues, Mr Mulholland told the Scottish parliament’s justice committee about a case where trafficking victims were convicted of shoplifting.

It only came to light after the convictions had been secured that the people were victims of trafficking – with moves now under way to quash their convictions.

The Crown Office said criminal proceedings have been dropped in respect of six people after it emerged they were trafficked.

The lord advocate also told MSPs that people often do not even know they are victims of trafficking.

A single offence of human trafficking is proposed under the Human Trafficking and Exploitation (Scotland) Bill.

But bodies including the Faculty of Advocates cautioned that without a statutory defence enshrining protections for trafficking victims in law – as is the case in England – victims will not be protected from prosecution.

However, Mr Mulholland as well as Police Scotland disagreed with the Faculty.

Mr Mulholland said a statutory defence would impose an onus on victims to prove their innocence, resulting in “more injustices”.

Whether or not prosecutions are pursued in respect of trafficking victims will be at the discretion of the lord advocate and Scottish prosecutors will rely on his instructions.

James Wolffe QC, dean of the Faculty of Advocates (pictured right) explained some of the concerns the Faculty has over a lack of a statutory defence for victims.

Mr Wolffe said a bill in England and Wales relating to human trafficking and an act in Northern Ireland both contained a statutory defence.

Care had been taken, he added, not to apply it to every crime because it had been recognised that applying the defence “across the board” would be going too far.

“The concern is that without a statutory defence, protection for victims in this jurisdiction may be less than in other parts of the UK,” he stated.

Mr Wolffe stressed that he had great faith in the integrity of the lord advocate and his staff in the way they went about their work.

“But no-one is infallible…the defence would be there as a failsafe for the accused,” he said.

He added: “We’re already in a position where, in terms of the formal structures in place, the victim in Scotland may be less well protected against the possibility that the prosecutor may make a misjudgment.”

Responding, Malcolm Graham, assistant chief constable of Police Scotland said: “For a number of reasons I think there should be measures put in place to ensure that individuals are not criminalised where they’ve been coerced, but I’m not sure that the statutory defence is the best means of doing that and I think robust instructions from the lord advocate to the police would very adequately deal with the circumstances.”

Siobhan Reardon, programme director at Amnesty International Scotland, told the committee: “These are individuals who have been victims of heinous human rights abuses.

“Their lives are ruined and then to put them into a situation where they are then criminalised or deemed, until they can prove otherwise, guilty of criminal behaviour I think it just adds horrific to horrific injury.

“A statutory defence and a presumption of innocence needs to form very much part of that framework.”

There have also been calls for the criminalisation of the purchase of sex to be made part of the bill.

But Ms Reardon warned of the dangers of conflating prostitution with human trafficking.

She said: “These are two very different issues and need to be addressed through adequate and effective legislative and policy frameworks, and we don’t think that we would be doing service to either victims of human trafficking or victims of sexual exploitation and prostitution by conflating them within this one piece of legislation.”

The evidence session, with the panel of witnesses including Mr Wolffe and James Mulgrew of the Law Society of Scotland at 54m 45s, can be seen here.

The Faculty’s full written evidence to the committee can be accessed here.