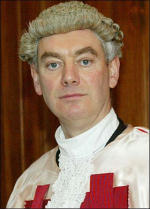 A prisoner serving a life sentence for murder has lost an appeal against a decision to refuse him legal aid to pursue a challenge against a freedom of information request refusal in the UK Supreme Court.

William Beggs argued that his case engaged the rights afforded to him by article 6 of the ECHR. The reclaiming motion was opposed by the Scottish Legal Aid Board and the Scottish Information Commissioner, who maintained that the application had been refused lawfully.

The appeal was heard by Lord Malcolm, Lord Doherty, and Lord Matthews. The petitioner appeared in person while the first respondent was represented by Crawford QC and the second by Welsh, advocate.

The third application was refused by the Board in September 2018, which considered that as the fresh FOI request was still being considered by the Commissioner, an available alternative remedy to a UKSC challenge had not been fully exhausted. In due course the Commissioner upheld the police’s decision to reject the second FOI request. An appeal against that decision was sisted pending the outcome of the legal aid challenge.

It was submitted by the petitioner that the proposed appeal to the UKSC would raise a matter of general public importance, and the right to disclosure of exculpatory material survived the completion of a trial. For the respondents it was submitted that the discretion to refuse the request was exercised lawfully and an application for legal aid did not engage a “civil right” within the meaning of article 6. The appeal amounted to no more than a disagreement with a properly taken decision.

Delivering the opinion of the court, Lord Malcolm observed: “We are content that the Board approached its task in the proper manner and reached a decision which, in all the circumstances, was open to it. It is far from clear on what basis it is asserted that the court can or should interfere with the Board’s decision. In so far as the petitioner’s note of argument asserts a right to civil legal aid, that proposition is misconceived both under the domestic legislation and the convention jurisprudence.”

He explained further: “Article 6 pre-supposes a dispute which is directly decisive for a private right said on arguable grounds to be recognised by the domestic law. None of this applies in respect of the petitioner’s application for legal aid. There is an underlying dispute relating to the outcome of the first FOI request, but the Board’s decision is not directly determinative of it.”

Noting that the petitioner sought a “human rights proportionality style” review of the Board’s decision, Lord Malcolm said of this approach: “The Board’s decision was based on the unremarkable proposition that, having made a second and more refined FOI request, it would not be reasonable to expect assistance from public funds to pursue an appeal against the 2014 decision of the Inner House before the second request was resolved one way or the other. Plainly, the petitioner disagrees but the court can see no good reason to interfere.”

He went on to say: “As has been borne out by events, it could have been predicted that the petitioner would again challenge in the courts any adverse outcome in respect of the second FOI request. His contentions on the proper approach to the 2002 Act can be pursued in his most recent appeal (which is legally aided). In any event, whatever might be said with regard to the complexity or otherwise of the issues, at the hearing of this appeal the petitioner demonstrated that he is more than capable of representing himself.”

Lord Malcolm concluded: “Any post-conviction rights to recover information did not require that, notwithstanding the outstanding second FOI request, public funds be allocated to the proposed appeal to the UKSC. Many of the factors already mentioned apply.”

The reclaiming motion was therefore refused.