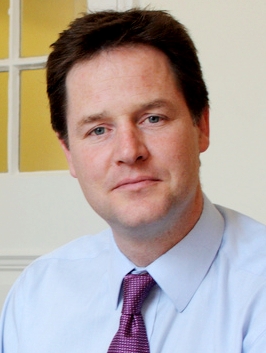 The Liberal Democrats said they will introduce legislation to safeguard digital rights within the first six months of a new parliament should they enter government as part of a coalition following the general election next month.

The proposed bill of digital rights would aim to ensure human rights applicable to ordinary life also apply on the internet and would try and establish rights specific to digital life.

Leader of the party and deputy prime minister Nick Clegg (pictured) said: “The way in which we work, socialise, buy products and use services has changed at lightning speed since the digital revolution.

“However, government and politicians have responded at snail’s pace, with a poor understanding of new technology and the impact it is having on our lives. We need to ensure that consumers, businesses, journalists and our children are protected in the online world.”

The bill includes new powers for the information commissioner to look at companies who breach data laws as well as consumers’ right to compensation when companies purposely use unreadable or misleading terms.

The bill would also require the government to defend a free press, including the rights of journalists.

This would mean newspapers and the media would not need to rely solely on article 10 of the European Convention on Human Rights (ECHR).

The consultation paper also calls for a curb on state surveillance, arguing it must be used exceptionally and “must only take place where it is clearly justified for the protection of the public and in accordance with the fundamental principles of necessity and proportionality”.

It adds that the government should “uphold and facilitate the strongest security standards online” and that it should not attempt to weaken data encryption or “obstruct the availability of encryption technologies”.