Letter: Scaremongering over trans issues should be rejected 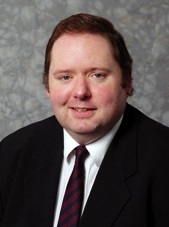 The views in this article are those of the author alone.

I would like to provide some information to inform the discussion of progress on trans rights (Scottish government abandons plans over gender self-definition following backlash).

Progress on social issues affecting minority groups such as lesbian, gay, bisexual, trans and intersex (LGBTI+) rights can be controversial and at times can be delayed by the whipping up of concerns whether these are well-grounded or not. This is what is happening with the proposal to move away from an onerous, medicalised process for recognition of gender under the Gender Recognition Act 2004 towards a self-declaration registration model.

The large majority of organisations and individuals concerned with LGBTI+ rights who responded to the Scottish government’s open and well-publicised consultation supported a reduction of the age for gender recognition to 16 and a move to self-declaration. The government’s proposals, far from being sprung on anyone, had already been publicised in its Programme for Government 2016-2017 and in its Fairer Scotland Action Plan. Even the SNP’s 2016 manifesto also openly included a commitment to reform gender recognition law to reflect international best practice.

Currently, nine countries (including Ireland, Belgium, Denmark, Norway, Portugal and Malta) along with several Canadian, US and Spanish states/regions allow self-definition. More and more countries will update their gender recognition legislation to allow a less onerous process. Under international private law rules Scots law already recognises the true gender of individuals who have registered their self-declaration in these jurisdictions.

Anyone familiar with feminism knows that it is marvellously diverse. Over time, engagement with LGBTI+ communities supportive of women’s rights has led many feminists to the position that biologically determinist concepts of gender do harm not just to trans women but all women. Generally, patriarchal law should stay out of policing women’s bodies and questions of how “proper” women should behave.

However, a small section within the feminist movement have campaigned against trans rights since at least the publication of Janice Raymond’s The Transsexual Empire in the late 1970s. These groups reject decades of insights into the social construction of, eg, gender and sexuality and insist a reductionist concept of gender.

The feminist women’s groups who have most experience of fighting for and delivering women-only safe spaces, including Scottish Rape Crisis, Scottish Women’s Aid, Engender, Zero Tolerance all have experience of operating services on a self-declaration basis and they strongly support reform.

Your report points out that the majority of funding for these and other effective, well-established feminist organisations comes from the Scottish government. The implication that dedicated feminists are actively undermining women’s safety for the sake of government money is both unfounded and distasteful.

So the development of policy has been conducted openly and with many opportunities for intervention, other jurisdictions are moving towards best practice, we already recognise self-declared gender from other jurisdictions and those feminist groups with most experience of developing and delivering women-only services all support reform.

Given all that, the scaremongering of a small group of feminists stuck in the 1970s should be rejected.