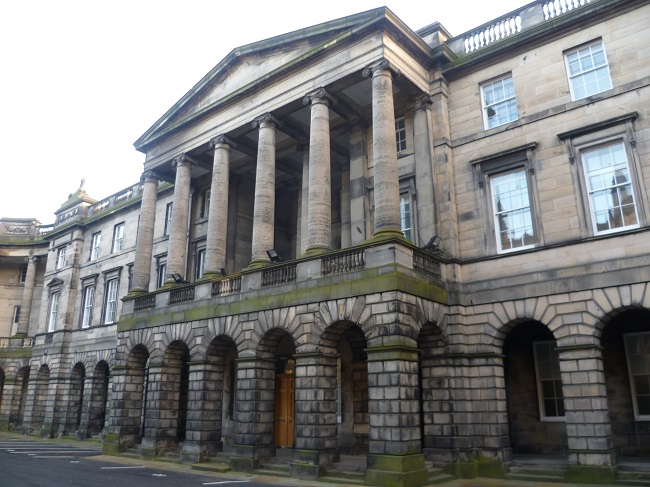 A woman who sued her brother-in-law for £50,000 damages after his pet dog bit her on the face has had an application for a new trial refused despite the fact a jury awarded her less than £1,000 compensation.

Margaret Ferguson raised an action for personal injury following the attack during a new year’s day family party, but judges in the Inner House of the Court of Session ruled that the jury was “fully entitled” to make a finding of “contributory negligence” and that therefore the award of compensation in her favour should be reduced.

Lord Eassie, Lord Brodie and Lady Clark of Calton heard that the pursuer and her husband Paul Ferguson had attended at the defender Iain Ferguson’s house in Dundee on 1 January 2011.

The dog, Dougal, a nine-and-a-half-year-old Scottish terrier, which was “quite overweight” and suffered from arthritis, was lying asleep on a sofa beside Margaret’s husband Paul, when the purser sat down and was bitten in the face.

The pursuer claimed that while she was sitting on the sofa she turned round to speak to her husband when “suddenly, and without warning”, the terrier, who she described as “the perfect dog”, jumped forward and bit her.

But the accounts given by the defender, his wife and his daughter were different and although they did not entirely coincide, they shared the feature of the pursuer “putting her face close to the dog’s mouth” immediately before she was bitten.

The pursuer was then said to have grabbed hold of the dog’s cheeks or whiskers and said “Wheesht you – give us a kiss”.

It was then, according to the defender, that Dougal was “startled” and bit the pursuer.

The court was told that she suffered a “full thickness laceration” of her upper lip and has had four operations for the removal of scar tissue along the line of her wound.

She has been left with “cosmetic and functional defect” and the resulting scar is likely to remain plainly visible, even with further surgery.

The pursuer, who was absent from work as a result of her injuries and lost wages, sued the defender for £50,000, but she was awarded a fraction of that figure.

At the close of evidence in the jury trial in November 2014 and prior to the trial judge giving directions to the jury, counsel for both parties addressed him on the practicalities of providing the jury with some assistance as to the assessment of damages, as envisaged by Lord President Hamilton in his opinion in the 2012 case of Hamilton v Ferguson Transport (Spean Bridge) Ltd.

On behalf of the pursuer a figure of £40,000 was suggested as appropriate for past and fure solatium while £10,000 for put forward on behalf of the defender.

The trial judge confirmed that he would direct the jury to the effect that these were the “parameters” which had been suggested by counsel but that it was for the jury to make the assessment.

On returning their verdict, the jury answered the issue of whether the accident to the pursuer was caused to any extent by the defender’s breach of section 1 of the Animals (Scotland) Act 1987 in the affirmative, and assessed damages as £4000 in respect of past solatium and £1000 in respect of future solatium.

The result was an award of damages in favour of the pursuer in the sum of £907.50, but the pursuer lodged a motion for a new trial, arguing that the the verdict of the jury in relation to contributory negligence was “contrary to the evidence” and that the jury’s award of £5,000 represented as an “inadequacy of damages”.

The pursuer submitted that there was simply “no evidence” that it was reasonably foreseeable that a dog that was variously described as “placid”, “good with people” and “well used to being cuddled” would bite, but the judges regarded that line of argument as “unsustainable” as “no motion was made to withdraw either the defence of sole fault or the partial defence of contributory negligence from the jury”.

Delivering the opinion of the court, Lord Brodie said: “Perhaps more to the point is that, good natured and well‑behaved as the evidence revealed Dougal to be, with no hint of vicious propensities, he was a dog, with all the characteristics that that implies. That dogs, and particularly startled or otherwise provoked dogs, may bite is consistent with the everyday experience proverbially expressed as ‘let sleeping dogs lie’.”

It was also submitted that in assessing the portion of liability attributable to the pursuer was “so flagrantly wrong” that “no reasonable jury” would have arrived at that assessment, but the judges disagreed, saying that the “undisputed evidence of Dougal’s excellent character can only have diminished the weight to be attached to the defender’s deemed fault”.

Lord Brodie added: “The jury’s conclusion that responsibility for her injury lay almost entirely with the pursuer is not surprising. It is not a conclusion with which this court is entitled to interfere.”