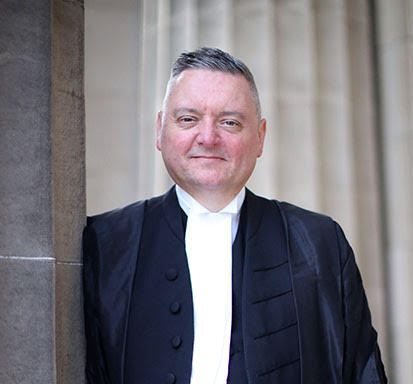 Most lawyers oppose the removal of the ‘not proven’ verdict from Scotland’s legal system, according to new research.

A survey carried out by the Open University found that Scots lawyers supported a system consisting of ‘proven’ and ‘not proven’ verdicts and requiring a juror majority of 12 out of 15 to secure a conviction.

In contrast to other legal systems, Scots law recognises three criminal verdicts: ‘guilty’, ‘not guilty’ and ‘not proven’. Like ‘not guilty’, ‘not proven’ results in a defendant’s acquittal. It is a vestige of an earlier system that was imposed around the time of the Restoration but which subsequently fell into disuse.

The controversial verdict has come under scrutiny in recent years, with campaigners including Miss M, who successfully sued the man acquitted of raping her, calling for its abolition. The Scottish Conservatives vowed last year that they would scrap the verdict if they came to power.

In a first-of-its-kind study, Drs Lee Curley, James Munro, Lara A. Frumkin and Jim Turner surveyed 78 lawyers, asking them for ratings and open responses on their attitudes to the three verdict system, 15-person jury and the current simple majority system.

The results have been published in the peer-reviewed journal Medicine, Science and the Law.

Forty-five individuals, 60 per cent of respondents, suggested the legal system should retain the ‘not proven’ verdict, while 25, or 33.3 per cent, suggested abolishing it.

Reasons given for keeping the verdict included that the ‘not proven’ verdict better reflects the purpose of court (22.7 per cent); that it gives jurors a way to express doubt without declaring a moral position (12 per cent); and that it reflects the non-binary nature of life decision-making (9.3 per cent).

Reasons for abolishing it included jury misunderstandings about the verdict (14.7 per cent); that the function of the court is to make a binary choice (eight per cent); and that it allows jurors a way out of making decisions about the fate of the accused (10.7 per cent).

The study also sought views on jury reform. When asked about keeping or abolishing the 15-person jury system, 52 (70.3 per cent) respondents favoured keeping the 15-person jury, and gave reasons such as that it allows a more representative jury to be collected and that it leads to less bias, more flexibility for dropouts, and that there is no evidence that smaller jury sizes are better.

He told Scottish Legal News: “I’m encouraged by the results of this survey – it reinforces my belief that practising Scottish lawyers will never support the abolition of the ‘not proven’ option.

“The question in every criminal trial is a binary one – has the Crown proved guilt beyond reasonable doubt or has it not – and ‘not proven’ is the clearest way to express the negative answer.

“That analysis naturally leads to the question: why do we have three answers to a binary question? I would give the jury two options, ‘proven’ and ‘not proven’. When the jury’s view was communicated to the judge the court would then record a verdict of ‘guilty’ or ‘not guilty’. That solution would enjoy the additional benefit of removing any ‘stigma’ attaching to an accused leaving court with a ‘not proven’ verdict.”

The Scottish government undertook research on the ‘not proven’ verdict using mock juries in 2019 and published a summary of jury research engagement events last year. Research from University College London published last year, however, cast doubt on the value of mock jury research.

A spokesperson for the Scottish government said: “The events further emphasised potential concerns with the ‘not proven’ verdict, such as lack of understanding, juror confusion, and perceived stigma.

“We have made clear that reform of the three-verdict system, and any other related jury reform, must be given serious consideration, and the Justice Secretary has committed to continue to engage with justice partners on the issue. Any reform would, of course, be subject to a full public consultation.”