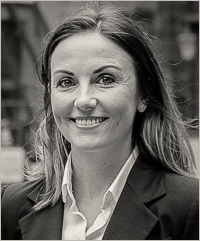 Few outside the legal profession will realise the role that lawyers play in society and the extent to which our work is dictated by the actions of Parliament. I had not been aware of just how close that connection was until taking up my post around four years ago as head of our survivors team.

The team was established by Thompsons as a result of the introduction of the Limitation (Childhood Abuse) (Scotland) Act 2017. We dedicate time to these cases and have formed strong relations with clients, survivors and fellow professionals within various fields. We work together with those who have the best interests of survivors as their focus. There is one exception to that and that is our relationship with Parliament, which also claims to be working in the best interest of survivors. This has caused me to consider more widely how our profession is considered by Parliament.

We have all become aware of Tuesday briefings (unfortunately) and so when I tuned into Parliament TV recently to hear John Swinney announce the introduction of the Redress Scheme, it seemed fairly familiar. The scheme opened as he spoke and civil servants dutifully uploaded all of the necessary redress documents and forms to websites simultaneously.

The scheme has been long awaited and the introduction was welcomed but it seemed the focus was on creating a moment of history rather than the practical impact of the news delivered. We immediately began to receive calls from clients asking what this meant for them before we even had a chance to find the guidance notes on the websites (they are spread across two for anyone interested and equally confused).

Throughout this redress process, I have wondered if there is much respect at all for the legal profession from Parliament. If this had been a court opinion, we would have been given the courtesy of review of the decision to allow us to prepare advice a few hours before it was made public. We are professionals and bound by ethical obligations. If confidential documents are released to us under ‘embargo’, they will remain that way.

We pursued the first Scottish case which tested the 2017 Act: B&C v Sailors Society. This case did not only test the legislation, it required the court to provide a meaningful interpretation of its terms. There has been significant debate and discussion in Parliament around almost every section to this Act, with the exception of the central one – Section 17D.

The headlines were that the Act removed the time bar for historical abuse cases but 17D quietly remained there as a defence. It was given little discussion or explanation beyond its terms despite being central to achieving what this Act claimed to do – remove the limitation and allow historical cases to proceed.

In my view, Lady Carmichael was presented with a difficult and significant task in this case. Her decision is extensive and well-reasoned and I dare say the crux of the matter caused her much consideration.

The decision was not in the pursuers’ favour and the cases could not proceed.

As a profession, and I include the judiciary within that, we were put in a difficult situation. Survivors’ hopes had been raised exponentially by Parliament with the introduction of this Act. Our attempts to manage expectations beyond that were often considered as being overly negative but it was our responsibility to establish what that Act could achieve. If it had been Parliament’s intention to ensure the independence of the courts, there was surely a responsibility to make that clear. To date, I have still only been able to find a brief comment on Section 17D made during chamber discussions.

As litigation lawyers, we must constantly react and respond to changing policy, legislation and case decisions. Perhaps we have just become too used to accepting this from any direction. I normally take it in my stride so perhaps I’ve just had one ministerial statement too many of late.

And I am sure if the landscape became calmer and routine crept in, as litigation lawyers we would soon be claiming we were bored!

Laura Connor is head of the survivors team and mass litigation at Thompsons. This article first appeared in The Scotsman.