Landmark court ruling could ‘end impunity’ for Shell and other multinationals 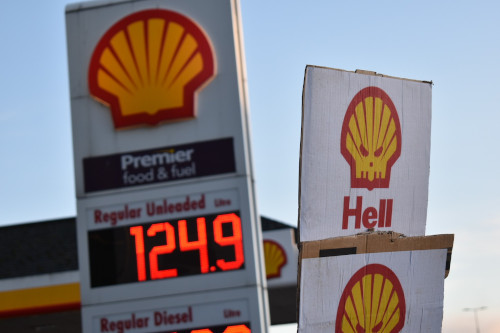 A major court defeat for oil and gas giant Shell could herald the end of “a long chapter of impunity” for multinationals implicated in human rights abuses overseas, lawyers and campaigners have said.

The UK Supreme Court ruled on Friday that the Ogale and Bille communities in the Niger Delta can bring legal claims for clean-up and compensation against Royal Dutch Shell plc (RDS) and its Nigerian subsidiary, the Shell Petroleum Development Company of Nigeria (SPDC).

In a 41-page ruling, judges said the Court of Appeal’s majority judgment had been flawed in three respects: it had wrongly conducted a mini-trial of the facts before the disclosure of relevant documents; it had interpreted parent company liability too narrowly; and it had wrongly held that group-wide standards, policies and guidelines could never give rise to liability.

The UKSC held that the two cases brought by the Ogale and Bille communities against RDS are arguable and can proceed in the English courts.

Leigh Day partner Daniel Leader, who represents the claimants, said: “This Supreme Court judgment gives real hope to the people of Ogale and Bille who have been asking Shell to clean up their oil for years. We hope that now, finally, Shell will act.

“But it also represents a watershed moment in the accountability of multinational companies. Increasingly impoverished communities are seeking to hold powerful corporate actors to account and this judgment will significantly increase their ability to do so.”

Mark Dummett, director of Amnesty International’s global issues programme, said: “This landmark ruling could spell the end of a long chapter of impunity for Shell, and for other multinationals who commit human rights abuses overseas. Shell’s own records show the extent of the oil spills which continue to ravage the land of the Ogale and Bille communities, poisoning their water and destroying livelihoods.

“But until now, Shell has managed to avoid cleaning up or paying compensation by maintaining that it is not responsible for the actions of its Nigerian subsidiary - which it owns in full. Shell is happy to reap huge profits from Nigerian land but denies all knowledge when asked to address the human cost. Today’s ruling has shaken the foundations of a business model based on shirking responsibility.

“The fight is not yet won, but this ruling is an important step towards justice. It is a testament to the persistence and courage of the Ogale and Bille communities, who have refused to accept Shell’s excuses and have fought for years get Shell in court.

“Today’s outcome could pave the way for justice for the many others who live with the consequences of Shell’s pollution. After decades of impunity, Niger Delta communities may finally get to see Shell in the dock.”