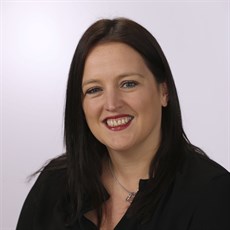 According to a 2021 study by Rooster Insurance, 46.6 per cent of drivers have never refreshed their knowledge of the Highway Code. Those road users will no doubt be surprised to hear that 33 of its rules have been updated and five other changes have been made to it this year alone. It is a good idea for all to keep a look-out for further changes, notably those presently proposed by the Department for Transport (DfT) on introducing a “hierarchy of road users” and to understand how these changes could impact you directly.

Rule 204 of the current version of the Highway Code says that “the most vulnerable road users are pedestrians, cyclists, motorcyclists and horse riders. It is particularly important to be aware of children, older and disabled people, and learner and inexperienced drivers and riders”. DfT intends to bolster this by introducing a hierarchy of road users “which ensures that those road users who can do the greatest harm have the greatest responsibility to reduce the danger or threat they may pose to other road users”.

DfT explains that “this principle applies most strongly to drivers of large goods and passenger vehicles, followed by vans / minibuses, cars / taxis and motorcycles” and that “cyclists, horse riders and horse drawn vehicles likewise have a responsibility to reduce danger to pedestrians.” As an example of the proposed hierarchy in action, one particular proposed change would amend the instruction to drivers approaching a zebra crossing from “look out for pedestrians waiting to cross and be ready to slow down or stop to let them cross” to “you should give way to pedestrians waiting to cross a zebra crossing”.

In the context of civil claims for personal injury damages, three points are worth making on these proposed changes and the Highway Code generally.

Firstly, breach of a provision of the Highway Code does not, of itself, necessarily mean that the person in breach is liable in damages to a person who suffers injury as a result. This is because, for liability in a civil personal injury claim, there has to have been a breach of a duty to take reasonable care. Nonetheless, the terms of the Highway Code may inform, at least to some extent, what reasonable care means in particular circumstances.

Secondly, the law, UK-wide, has already evolved to take note of what has been referred to as the “destructive disparity” between different types of road user, especially where the courts have been assessing the degree to which a claimant may have contributed to an incident by considering the “causative potency” and “respective blameworthiness” of the people involved and their actions.

Thirdly, the proposed changes do not introduce any form of strict or presumed liability on the part of drivers involved in incidents with, for example, pedestrians or cyclists. Strict liability means automatic liability without any need to prove fault. Presumed liability means that fault would have to be positively disproved by the driver to avoid liability. Further, the law on “contributory negligence”, which refers to the reduction of a claimant’s damages by a percentage representing his or her share of responsibility, will also remain unchanged by the proposals.

Despite these three points, the proposed changes could lead to greater scrutiny of drivers’ actions in particular cases involving vulnerable road users.

Another aspect that is worth thinking about is where, for example, e-scooters and autonomous or driverless vehicles may fit into the hierarchy. On e-scooters, it remains illegal to ride them in public places out-with certain approved trials for hire from particular rental providers in certain places in the UK. DfT is currently assessing developing data on e-scooters, with particular regard to accidents and near-accidents involving them, and are likely to report on potential wider use next year. On autonomous vehicles, the Scottish Law Commission, working together with the Law Commission of England & Wales, are in the final stages of a project to support the creation of a legal framework for such vehicles.

Future developments in transport, developing data on road use, accidents and near-accidents, and evolving societal views on different modes of transport are all likely to mean that revision to the Highway Code will nearly always be a “work in progress”. In the meantime, readers may well wish to have a look at the current version and keep a look-out for changes down the line.

Kirsty Yuill is a partner at BLM