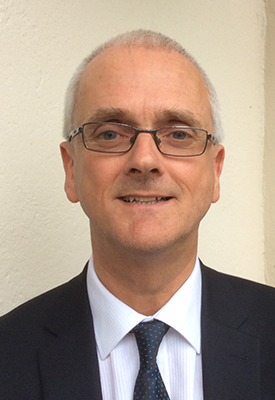 Professor Kenneth Norrie comments on the Church of Scotland’s change in stance on same-sex marriage.

The news that the General Assembly of the Church of Scotland has voted in favour of allowing its ministers and deacons to celebrate (that is to create), within its doctrines, marriages between same-sex couples will be welcomed not only by religious people who believe that God treats everyone equally, and by gay people, but also by those of no faith who believe that organisations as significant to our national life as our national church ought to reflect the society which they claim to serve.

It has taken the Church of Scotland (the Kirk) many years to come to its present position. It vigorously opposed the passing of the (entirely secular, by the way) Civil Partnership Act 2004, on the ground that it knew the mind of God and knew that God would never countenance legal benefit being conferred (and legal obligations being imposed, they could have added, but didn’t) on couples of the same sex. The Kirk also opposed, if in noticeably more measured tones, the Marriage and Civil Partnership (Scotland) Act 2014 on the ground that its present doctrines could not accommodate same-sex marriage.

Also, the Kirk argued that it would be unacceptable to require any minister of religion to conduct marriages contrary to the beliefs of the church to which they belonged, or their own personal beliefs. Requiring ministers to conduct a same-sex marriage contrary to their conscience would have been unlawful in any case under the Equality Act 2010, and the Kirk’s argument only went in one direction: it remained protective of its right to prevent any of its minister from following their own conscience by embracing same-sex marriage while the church itself did not.

Both the Equality Act and the Marriage and Civil Partnership (Scotland) Act protect ministers or officiants of any religious body from having to conduct marriages – and now civil partnerships – of which they personally disapprove – though only if that disapproval is based on the gender-mix of the parties, and not some other reason, such as mixed-race, mixed-religion, too many divorces or whatever. In fairness to the Kirk, it acknowledged in 2014 that its members may, at some point in the future, change its doctrines on marriage. That change has now happened.

Even before 2014, the Kirk had been slowly moving towards this conclusion. In 2009, the General Assembly refused to overturn an Aberdeen parish’s call of an openly gay man to be its minister, and in 2013 it formally authorised kirk sessions to call lesbian or gay ministers. The 2015 General Assembly allowed ministers and deacons to be in civil partnerships – without the requirement imposed by England’s established Church that its vicars and priests who are in same-sex relationships should refrain from sexual activity with their partners. In 2018 the General Assembly instructed its Legal Questions Committee to prepare legislation allowing ministers and deacons to celebrate same-sex marriages, with the aim of considering the proposed legislation at the 2020 General Assembly.

The Covid pandemic postponed that consideration until 2021 but that year’s General Assembly approved the draft legislation and put it out for consideration by presbyteries. A majority of presbyteries were in favour and so, now, is the Kirk itself. Scotland’s national church has put itself back on the right side of history.

This development is significant not only because the Church of Scotland is the largest UK denomination that has so far taken this step but also because of the Kirk’s special place within the law of Scotland. Uniquely, ministers and, since 2014, deacons of the Kirk are automatically marriage celebrants and they do not need any further official authorisation to perform the state function of changing people’s legal status from single to married. Officials of any other religious body who wish to conduct marriages – and, since 2014, civil partnerships – need to seek such authorisation. But the automatic right of ministers and deacons to conduct marriages applies only in respect of opposite-sex marriages, and the Kirk is in the same position as all other religious or belief organisations in respect of both same-sex marriages and opposite-sex and same-sex civil partnerships: ministers and deacons will need to be authorised by the state before being able to celebrate a same-sex marriage, or a civil partnership of any gender mix.

Now, there are two ways that this authorisation might be obtained.

First, under s.8 of the Marriage (Scotland) Act 1977 or s.94A of the Civil Partnership Act 2004 the religious (or belief) body may itself request to be prescribed in regulations made by the Scottish ministers. This will allow any celebrant from such a body to conduct the marriage or civil partnership.

Secondly, under s.9 of the 1977 Act or s.94B of the 2004 Act a person may be nominated by their religious or belief body to the Registrar General as an individual authorised to conduct the marriage or civil partnership. In other words, either the body as a whole, or nominated individuals within the body may be authorised. The list of bodies that have sought prescription as willing to conduct same-sex marriages remains very much smaller than the equivalent list for opposite-sex marriages and is presently limited to the Humanist Society Scotland, the Scottish Unitarian Association and the Religious Society of Friends: see the Same Sex Marriage (Prescribed Bodies) (Scotland) Regulations 2014 (as amended). Only the first two-named have sought to be prescribed for civil partnerships (Civil Partnership (Prescribed Bodies) (Scotland) Regulations 2014 (as amended) and Civil Partnership Between Persons of Different Sexes (Prescribed Bodies) (Scotland) Regulations 2021). It is interesting to note that when in 2017 the Scottish Episcopal Church became the first Anglican body in the UK to allow its celebrants to conduct same-sex marriages, it did not seek to be a prescribed body under the 2014 Regulations. Instead, it nominates individual clergy to the Registrar General under s.9 who are then empowered to conduct such marriages.

This approach has been followed in the terms of the Solemnisation of Same Sex Marriage Overture, enacted into the Kirk’s law by the 2022 General Assembly. The Kirk will not be seeking to be a prescribed body under s.8 of the 1977 Act, relying on the 2010 and 2014 Acts to accommodate those of its ministers and deacons who wish to exercise their conscientious objection to same-sex marriage. Instead, those ministers and deacons wishing to conduct same-sex marriages must invoke s.9 of the 1977 Act and ask the Kirk to nominate them to the Registrar General as an authorised celebrant of such marriages. It is supporters rather than opponents of same-sex marriage who must take the initiative. This may be unfortunate: the further the practice of the Kirk is from the general law of the land, the less plausible its claims to be Scotland’s national church become. As for civil partnership, the Kirk has no distinct interest in that secular institution and it loses nothing by not seeking to be a body that offers celebrants for its creation.

Nevertheless the Church of Scotland is to be congratulated for its courage in looking forward and not back, for being inclusive and not exclusive. For being pragmatic rather than doctrinaire.