Karyn McCluskey: Progressive justice must have the last word on prisons 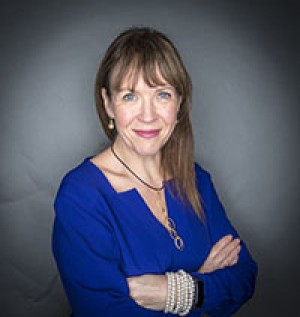 The words you use matter. To give a random example, If I tell you to “stay alert” you might be a bit confused as to what you’re being asked to do. You might not necessarily assume I mean “stay at home as much as you can”, no matter how much I want you to. In fact, you might wonder why I didn’t just tell you to stay home if that’s what I meant.

Sometimes public communications need to be as simple, concise and uncluttered as possible. Sometimes they need to be a single message, written in capital letters against a bold background and transmitted on every possible medium to reach the entire population. It might be that there are exceptions to whom it doesn’t apply but, because the message is so important and needs to reach almost everyone, it has to be boiled down to its simplest form. Stay Home; Smoking Kills; Seatbelts Save Lives.

But that isn’t what’s always needed – more often than not there is more than one message, more than one agency delivering it and it’s being heard by more than one audience. Take “Just say no”, for example. It’s a simple message but it didn’t work and, if you give it even a little thought, it was never going to. The phrase spread and was used widely, from the White House to Grange Hill, but it had virtually no effect on the young people it was targeting. It lumped everything from alcohol to PCP together and sent the message that will-power was all that was needed to overcome addiction – and a campaign that revolves around “No”? As the mother of a young person, don’t get me started. That message may have been well intentioned but it was more about those who were delivering it than those who needed to hear it. To convince others, you need to see the world as they are, not as you are.

Which brings me to justice. We have a big message to get across. We will have to change how justice is delivered as we look at this new socially distanced world. No longer can we have overcrowding in our prisons and the highest prison population in Europe, undertake some hand-wringing and then look the other way. The days of prison populations of more than 8,000 are over. We must ensure that public health measures can be delivered in prison as they are elsewhere. While some people must be there for our protection, others can serve their sentence and have addictions, mental health and housing issues dealt with in the community. We will need to cap the numbers of those in prison at a much lower level, for the safety of all who work and serve their sentences. It’s a blunt, necessary message but it’s not a new idea. Henry Mcleish chaired the Prison Commission in 2007 and proposed reducing the prison population to 5,000. This was nothing to do with a pandemic, but because it was the right thing to do. It still is, but it’s become imperative.

I have been struck by how generally thoughtful we have been in Scotland during COVID-19; interested in the science, seeking out expertise, listening and appreciative of doing the right thing. It will be more difficult when we relate this to justice but it’s just as necessary if we are to get the support of the public to do the right thing around imprisoning those who present a threat to us and those whose chaos requires management in a different way. We have so much expertise in Scotland in policing, social work, addictions and recovery, not to mention the phenomenal work to reduce homelessness. This isn’t about politics, this is about expertise. That’s the message I need out there.

Karyn McCluskey is chief executive of Community Justice Scotland. This article first appeared in The Scotsman.