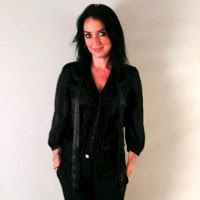 Yesterday, the judgment in the case of SD as legal representative of her son, LD v Grampian Health Board, known as NHS Grampian, was issued by the Court of Session.

The pursuer sought damages for the loss, injury and damage suffered by her son which she averred were caused by the negligence on the part of (i) certain midwives in the antenatal ward; (ii) certain unnamed doctors with oversight of the decision making on the ward; and (iii) Dr Sreebala Sripada, the obstetric registrar who took a decision about not to perform an emergency caesarean section at 4:10am on 24 August but later delivered LD in theatre. Parties agreed that the proof should be limited to issues of breach of duty and causation.

During the course of submissions, reference was made to the decision of the Supreme Court in Meadows v Khan [2021] 3 WLR 147. The judgment in that case provided some welcomed certainty within the professional negligence sphere. Ms Meadows had asked her GP whether she carried the haemophilia gene. Dr Khan negligently advised her that she did not. Had Ms Meadows known she was a carrier, she would have undergone foetal testing for haemophilia when she was pregnant, this would have revealed that the foetus was affected, she would have chosen to terminate that pregnancy and her son would not have been born. When he was born, her son was suffering not only from haemophilia, but also from autism. The question for the Supreme Court was whether Dr Khan was liable for not only the costs associated with the child’s haemophilia but also the costs associated with his autism. This formed a background against which the Supreme Court addressed the application of what has come to be known as the SAAMCO principle. I doing so the majority in the Supreme Court approved a set of six questions, as a means of analysing claims of professional negligence:

Following Meadows v Khan the focus is on the risk question, and what it is. The Supreme Court confirmed that we no longer require to categorise a case as either an information case or an advice case. As professional negligence lawyers have been aware, for some time, there is no hard line between information and advice and the way in which the terms are applied can cause confusion rather than clarification (BPE v Hughes Holland). The focus now is on the risk which the advice or information was intended and would reasonably understood to address.

In SD for LD v Grampian Health Board, the defenders contended that the cause of LD’s injury was the unforeseen and dramatic pace of labour after 4:10am. It was not seriously in dispute that until that point, LD was not injured. By analogy with the situation in Meadows v Khan, the defenders queried why any midwife who saw a patient on 22 and 23 August in an induction ward for the purposes of managing that induction would be responsible for injuries LD suffered the following day in the labour ward caused by something that could not have been predicted, even minutes before 4:42am. The issue was whether the alleged breaches of duty on the part of the midwives resulted in liability for all injuries suffered by LD prior to birth regardless of the cause.

Senior Counsel for the pursuer pointed to an admission, in the pleadings, namely had LD been born by 4:50am, he would (probably) not have suffered any brain damage. In his submission, the breaches of duty on the part of the midwives took place against the background of the known risks of such a prolonged pregnancy. It was submitted that the case of Meadows v Khan was simply not in point because of unchallenged evidence about the link between prolonged pregnancy, cord compression and stillbirth. By allowing the delay in induction the midwives (and Dr Sripada) exposed the pursuer and LD to the specific harm that prompt induction would have avoided. In light of such a direct link between the breaches of duty and the damage to LD, Senior Counsel submitted that the scope of duty argument simply did not arise. In Senior Counsel’ submission, the harm was caused by the various delays and so naturally flowed from the breaches and duties. The whole rationale of induction was to avoid the risks of a very late delivery such as that which occurred in this case.

Senior Counsel for the defenders contended that if the six questions (referred to in Meadows v Khan) were asked in the present case it was clear that there is no sufficient nexus between the harm for which the pursuer sought damages and the subject matter of the defender’s duty of care. Senior Counsel submitted that there was a completely different cause of the damage unrelated to any breach of duty by the midwives, not within their scope of their duty of care, given their restricted role.

On hearing, all the evidence and submissions, Lady Wise preferred the evidence of the defender. Her Ladyship considered the expert evidence for the defender to be entirely consistent with that suggested in Meadows v Khan. She rejected any criticism otherwise.

Her ladyship concluded that the harm, as it occurred, was too remote from the pursuer’s time on the antenatal ward for there to be the necessary sufficient nexus between any breaches of duty on the part of the midwives and the adverse outcome. She held that there was a general duty in the antenatal ward to take account of risk factors and not prolong the induction beyond an acceptable timeframe without good reason. The real difficulty, for the pursuer, in the judge’s view was that on the evidence, the only consequence of any breach of duty on the part of the midwives was a delay in having the pursuer transferred to a labour ward but there was no evidence about how and why that would have altered the outcome. Additionally there was no scope of duty issues arising for the obstetric case.

I suspect that we are going to be talking about Meadows v Khan for some time to come.

Karen Cornwell is a legal director at Thorntons LLP