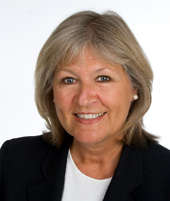 Holyrood’s Justice Committee has called for the swift introduction of legal apprenticeships in order to widen access to the profession.

The committee said schools, universities and the Law Society of Scotland should consider what barriers exist to becoming a lawyer and to take action to remove them.

The committee heard a range of opinions about access to legal education, including the view that costs may deter students from disadvantaged backgrounds from qualifying as a solicitor.

In response, it has suggested a range of possible solutions could be considered, such as giving students more certainty of a job at the end of the qualifying process or providing greater support to cover fees.

It said that legal apprenticeships, which are currently being developed by the Law Society of Scotland and Skills Development Scotland, should be progressed without delay.

Speaking as the report was published, committee convener Margaret Mitchell MSP, said: “Becoming a lawyer is a career that many people in Scotland aspire to achieve. The Justice Committee has been considering the pathways that exist, sought to identify possible barriers and ensure that they do not deter able, ambitious people, who do not fit into the traditional mould.

“MSPs heard that efforts to widen access are already being made by a range of organisations, including the Law Society. However, removing barriers wherever they exist should be everyone’s focus.

“Developing legal apprenticeships, which have proven successful elsewhere, could be pivotal. The committee considers that these should be introduced as soon as possible, and that other options should be kept firmly on the table in the future.”

Scottish Legal News previously reported on the details of the legal apprenticeship in June.

Liz Campbell, executive director of education, training and qualification at the Law Society of Scotland, said: “We want talented individuals who have the dream and ability to become solicitors to be able to do so, regardless of their background, which is why we’ve introduced a number of initiatives to help make that a reality.

“We think it’s important that there can be different ways to qualify as a solicitor. We have already been working with Skills Development Scotland on the creation of a legal apprenticeship and would very much welcome assurances on government funding to allow this to be developed so that young people can go on to realise their ambition of becoming a solicitor.”

Ms Campbell added: “A law degree opens doors to a wide range of career options within the law and in other sectors. We want to ensure the solicitor profession remains an attractive career option so that people can obtain high quality legal advice when they need it.

“It’s important that all those involved in legal education and its funding continue to work to remove any unnecessary barriers for people who would be excellent solicitors in the future.”