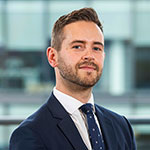 The pandemic has forced changes to almost every aspect of our lives. In WPH Developments Limited v Young & Gault LLP (in liquidation) 2021 CSIH 39, the Court of Session, however, confirmed one thing which won’t change: the law on prescription. Jamie Robb examines the case.

A full background to the previous decision and relevant facts can be found here and here.

In summary, the defender (an architectural firm) was instructed by the pursuer in respect of a housing development. The plans produced by the defender were alleged to contain errors relating to the boundaries of the pursuer’s property. Relying on the plans, the pursuer began building on land which it allegedly did not own. The pursuer commenced construction before 21 November 2013, but only became aware of the issues in 2014. The action against the defender was raised on 21 November 2018.

On the basis that the pursuer had incurred expenditure more than five years before raising of the court action, the defender argued that the claim was time barred. The pursuer relied upon section 11(3) of the Prescription and Limitation (Scotland) Act 1973 to argue that the five-year time limit should not begin until the pursuer became aware of the loss in 2014.

The defender, relying on the Supreme Court decision in Gordon’s Trustees v Campbell Riddell Breeze Paterson argued that, with the benefit of hindsight, it could be shown that the pursuer was aware of the loss more than five years before the action was raised. The pursuer was aware they were spending money on the construction, albeit they did not appreciate that the expenditure was a loss.

The decision of the Sheriff Court

The court at first instance rejected the defender’s argument. The Sheriff referred to para 18 of Gordon’s Trs where Lord Hodge noted that:

The Sheriff took the view that the last part of this judgment was not central to the decision in Gordon’s Trs and therefore he was not bound by those comments. Knowledge of expenditure was not awareness of loss. Section 11(3) was concerned with the awareness of the occurrence of loss.

The Sheriff’s concluded that the use of hindsight, as argued by the defender, rendered section 11(3) redundant and that the decision in Midlothian Council (2019 SLT 1327) was wrong. The pursuer did not know it had suffered a loss and therefore its claim had not prescribed.

The appeal court did not agree with the Sheriff’s analysis.

“the Sheriff had a difficulty with the notion of hindsight being used to create an awareness on the part of a creditor of a detriment at a point in time when in fact he had so such knowledge…that is a wholly understandable difficulty; but it is important to make clear that hindsight knowledge formed no part of the Supreme Court’s analysis of section 11(3).”

“…contemporaneous knowledge of the facts which constitute the loss or detriment is sufficient to preclude reliance on [section 11(3)]”.

“hindsight” was mentioned…to explain that once all relevant facts are known then…the proper outcome can be readily identified.”

Knowledge “focussed on the knowledge of objective facts which amounted to loss or damage, not on any subjective understanding of loss.”

The appeal court concluded that “the sheriff erred in understanding the approach to section 11(3) in Gordon’s Trs to be based on the use of hindsight knowledge.”

“Morrison is the foundation decision from which all else followed…” the pursuer’s “submissions were, in effect, an eloquent plea for a return to something similar to the pre-Morrison understanding of section 11(3). The same could be said of the leaned sheriff’s judgement. However … it is the lower court’s task to apply authoritative expositions of the law, not to evaluate them.”

The appeal court allowed the defender’s appeal and held that the pursuer’s claim had prescribed.

WPH represents the first decision of the appeal court following Midlothian. It confirms that the law expounded by the 1973 Act, Morrison and Gordon’s Trs, produces harsh but certain outcomes.

Loss is objective. A pursuer can spend money believing that money is well spent. If that money later turns out to be wasted, it is a loss. The pursuer may not know it is incurring a loss at the time, but it knows it is spending the money which – with the benefit of hindsight – amounts to loss. It is when the money is spent that the knowledge of the loss is acquired – and that is when the prescriptive clocks starts to tick.

The results can be harsh. Pursuers can lose the right to claims without knowing they had a claim in the first place. As the court in WPH noted “[o]nce it comes into force the provisions of the Prescription (Scotland) Act 2018 will supersede those of the 1973 Act. In the meantime, the proper approach to section 11(3) has been authoritatively determined by the decisions in Morrison and Gordon’s Trs.”

Knowledge is usually power. However, for pursuers, a little knowledge can be a dangerous thing.

Jamie Robb is an associate at BTO LLP