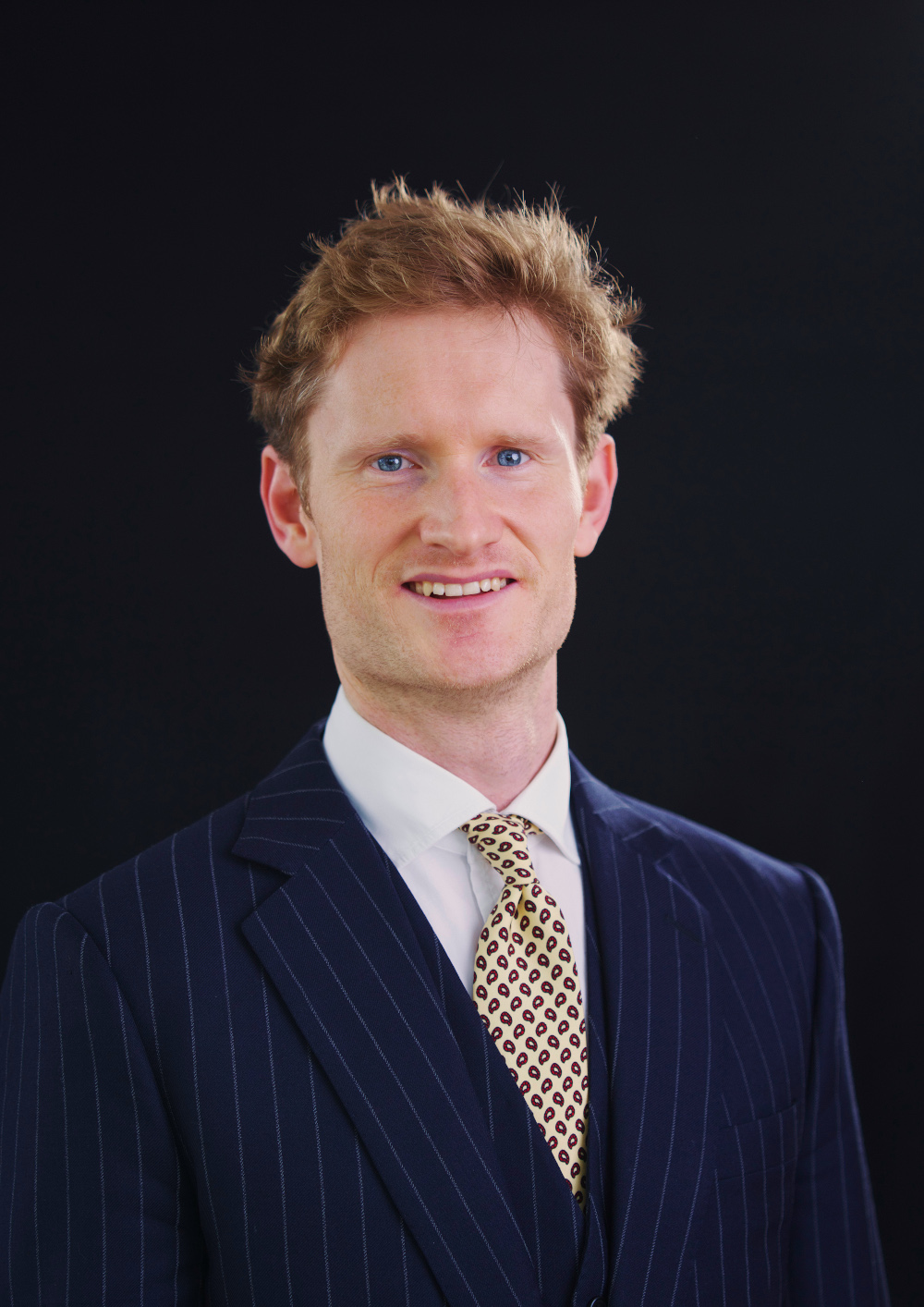 The UK Supreme Court will soon have the opportunity to settle the law relating to the proximity issue of plaintiffs as secondary victims in claims arising from clinical negligence, writes Belfast barrister James Stitt.

In each case an act of clinical negligence by the defendant caused a horrific or shocking ‘event’ to occur to the primary victim. As a result of having witnessed the shocking events, the secondary victims developed recognised psychiatric injuries.

The unusual factual feature common to these appeals was there existed a prolonged gap in time separating the clinical negligence from the shocking event. The court had to determine whether such plaintiffs could establish the necessary proximity to the event to succeed.

Liability for psychiatric claims by secondary victims has evolved into an increasingly vexed area of the common law. While the definition of a secondary victim vary, broadly speaking, they are persons who were not personally in danger but who suffer mental injury from witnessing the death or injury to another.

Development of the law proceeded gradually until the Hillsborough disaster in 1989 where 97 spectators died, and many hundreds were injured in a mass crush which was brought about by the negligent crowd management of the police. The pre-eminent case arising from that tragedy, Alcock and others v Chief Constable of South Yorkshire Police [1992] AC 310, reached the House of Lords and resulted in a great prescriptive leap for the common law.

In Alcock, the omnipresent concern was a potential flood of liability. Many thousands of people had been exposed, directly or indirectly, to the shocking scenes that unfolded in the Sheffield Wednesday stadium. The potential for secondary victim claims was so large due to the nature of the event, being held in a stadium and broadcast live on national television and radio.

Judicial constriction of liability had already been partly consolidated in McLoughlin v O’Brian [1983] 1 A.C. 410. The House in Alcock went further, expanding upon McLoughlin with Lord Oliver’s judgement declaring that plaintiffs who are secondary victims must satisfy five “control mechanisms” to establish proximity (in addition to reasonable foreseeability) before a claim could succeed:

These five control mechanisms remain good law today, and subsequent cases have addressed the interpretation and extent of the mechanisms, rather than their existence. The imposition of such hurdles inevitably resulted in some arbitrary outcomes where secondary victims sustained psychiatric injury in tragic circumstances yet could not succeed in establishing the right to compensation. The layman might wonder why a sister would not have a claim for the shocking death of her brother, but her mother or father or spouse would. Or why a secondary victim, who developed PTSD from witnessing a protracted and agonising death of a close family member, would fall foul of the mechanisms for the lack of a sudden “shock”.

The law has developed in sporadic and haphazard fashion with judicial commentary characterising it as “a patchwork quilt of distinctions which are difficult to justify” (per Lord Steyn in White v Chief Constable of South Yorkshire Police [1999] AC 455 at 500). One such example is Walters v North Glamorgan NHS Trust [2002] EWCA Civ 1792 – where the shocking event occurred over a period of 36 hours, thus on first blush transgressing the second control mechanism, yet the court, in a judgment that has been affirmed by the Court of Appeal, decided the facts in that case constituted a “seamless tale with an obvious beginning and an equally obvious end” (ibid at 34). Reflecting on the situation, Lord Hoffman observed: “It seems to me that in this area of the law, the search for principle was called off in Alcock… No one can pretend that the existing law, which your Lordships have to accept, is founded upon principle.” (White at 511)

In these conjoined appeals, one issue was in play. Control mechanisms 1, 2, 4 and 5 were satisfied; all claims were by children or parents of primary victims. The death causing the psychiatric injury was sudden and shocking, and there was adequate temporal propinquity between the event of injury to the primary victim and the secondary victim’s perception of it. It was the third requirement that caused problems.

The mechanisms were drafted in response to an ‘accident’ case (Hillsborough) with breach and damage occurring simultaneously or in close succession. The court accepted these mechanisms are equally applicable to clinical negligence cases (Paul at 76-78), where the breach and damage are likely to be separated in time. The question to be addressed was: when the negligence and the shocking event are separated in time, what is the event to which the secondary victim must establish proximity?

The judgement of Chamberlain J (Paul and Paul v Royal Wolverhampton NHS Trust [2020] EWHC 1415 (QB)) included a thorough perambulation and analysis of the authorities. Of the many cases considered, Crystal Taylor v A. Novo (UK) Ltd [2013] EWCA Civ 194 was the sticking point.

Novo was a case where the primary victim was injured at work when a stack of racking boards fell on her. She suffered injuries at the time to her hand and foot and appeared to make a recovery only to collapse and die three weeks later in a sudden and shocking manner in the presence of her daughter. She had developed deep vein thrombosis, and in turn, pulmonary emboli, as a result of the accident. Lord Dyson considered the accident to be the ‘event’, with two consequences separated in time.

The plaintiff needed to establish proximity to the event but could not do so on these facts as the daughter was not present at the scene of the fall. Lord Dyson cited two reasons for this conclusion; (i) to find the death was the ‘event’ would mean liability could potentially extend to many years after the initial event, and such stretching of proximity would simply be too far for the reasonable person (Novo at 30) to accept, and (ii) such a ruling would constitute such a significant extension of liability that it should properly be left to Parliament (Novo at 31).

Chamberlain J cogently argued for the case of Novo to be distinguished on the facts, thus allowing the claim to satisfy the Alcock control mechanisms, however, the Court of Appeal felt unable to distinguish Novo as they considered Lord Dyson had not misinterpreted the relevant authorities, even if one reading of them would have allowed for recovery on the present facts.

The Court clearly wished to find for the plaintiffs in each case, but stare decisis constrained their options – in the leading judgement Sir Geoffrey Vos MR noted: “Looking at the matter without regard to the authorities, it is hard to see why the gap in time (long or short) between the negligence … and the horrific event caused by it should affect the defendant’s liability” (Para 80, [2022] EWCA Civ 12). In his concurring judgement Underhill LJ noted: “I do not think that recognising the necessary proximity in such cases would be contrary to “thus far and no further” approach taken in White. It would not involve going beyond the elements established in Alcock: rather it would represent their application in a different factual situation.” (ibid at para 103)

The effect of following Novo would be to bar the vast majority of secondary victim claims arising from acts or omissions of clinical negligence. The nature of this area is that the negligence and the event will very seldom be synchronous, damage is often latent and can manifest a considerable time after the missed diagnoses or other negligent act or omission.

One may wonder whether floodgates arguments are justified if the law were to allow recovery for such plaintiffs - the existing control mechanisms sift out the bulk of potential claims, leaving an already reduced pool of potential plaintiffs. In Northern Ireland, for example, to date there have been no reported secondary victim cases that have arisen from alleged acts of clinical negligence.

Paul & others is listed for 16th May 2023, with an estimate of three days. With a Law Commission report on this issue having been produced over 20 years ago, will the court still defer the matter for Parliament to consider? The sentiment of the current Court of Appeal may be some guide as to the outcome, with the caveat that to predict a Bench is much like trying to read tea leaves. Another patch may yet be added to the quilt.