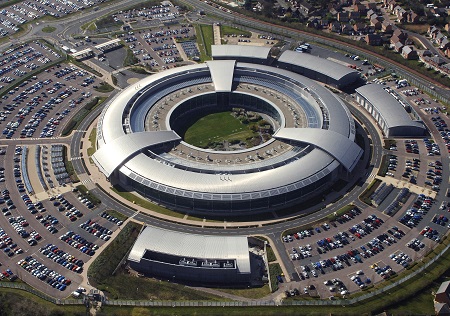 The UK government’s intelligence agency GCHQ illegally spied on Amnesty International a tribunal which deals with complaints about the security services has said.

Amnesty confirmed that the Investigatory Powers Tribunal (IPT) sent it an email correcting a previous judgment which provided that GCHQ had targeted the Egyptian Initiative for Personal Rights as well as the South African non-profit Legal Resources Centre.

The revised judgement indicated that the Egyptian organisation had not been spied on. Rather, both Amnesty and the South African organisation were targets.

GCHQ’s breaches related to keeping databases for longer than was allowed under the Regulation of Investigatory Powers Act 2000.

While Amnesty was a claimant in the case, the court had originally made “no determination” on its complaint,.

This implied a lack of illegality or that Amnesty were not targeted by GCHQ.

Salil Shetty, Amnesty International’s secretary general, said: “It’s outrageous that what has been often presented as being the domain of despotic rulers has been done on British soil, by the British government.

“How can we be expected to carry out our crucial work around the world if human rights defenders and victims of abuse can now credibly believe their confidential correspondence with us is likely to end up in the hands of governments?

“After 18 months of litigation and all the denials and subterfuge that entailed, we now have confirmation that we were in fact subjected to UK government mass surveillance.

“If they hadn’t stored our communications for longer than they were allowed to, we would never even have known.

“What’s worse, this would have been considered perfectly lawful.”

“The communications of one of the world’s leading human rights organisations – Amnesty International – were targeted by British spies, unlawfully, and our commissioners and courts failed to admit it, depriving individuals around the world of the validation and condemnation of, and redress for, unlawful government practices that is so desperately needed.

“Without Edward Snowden, without an 18-month legal battle, without an honest reckoning by whichever upstanding individual spotted and admitted this grave error, the unlawful conduct of the British intelligence agencies would never have been exposed by the very court charged with exposing it.

The IPT said: “The tribunal regrets the error which led to the mistaken attribution in its determination, but would emphasise that such error had no impact upon, and occurred after, its careful consideration and judicial determination of the facts before it.”