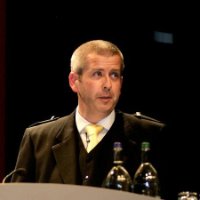 Consolidation across the patent attorney sector has been forecast by the founder of one of Scotland’s newer IP practices, The Herald reports.

Founder of Creation IP, Bryn Williams (pictured), said his sector had seen a wave of small independent firms launch over the past 10 years but that he expects the numbers to settle soon.

He said: “When I started there were four firms, then it went down to two .

“Then HGF came up from England and then attorneys just left the big two companies.

“There are probably about 10 or 15 companies in Scotland now, so I think there is going to have to be a consolidation. I would say we are probably the fifth biggest firm. There are a lot of one-man and two-man bands.”

On the question of whether Creation, which currently employs four patent attorneys, is open to acquisition, Mr Williams said: “Ideally. We will grow as we see fit, but we have to maintain the ethos of the firm. A lot of attorney firms wouldn’t like our holistic attitude towards our staff.”

Mr Williams added: “We encourage the staff to go for a walk every day, and it’s a half hour. They can take any time during the day and go out for half an hour, and we give them 15 minutes and take 15 minutes off their lunch break.

“A lot of firms would see that as £30,000 of billable hours lost a year, but I’ve seen a marked improvement in people’s wellbeing since we started doing it.”