Interview: BBC Scotland legal director Rosalind McInnes on her life in the law 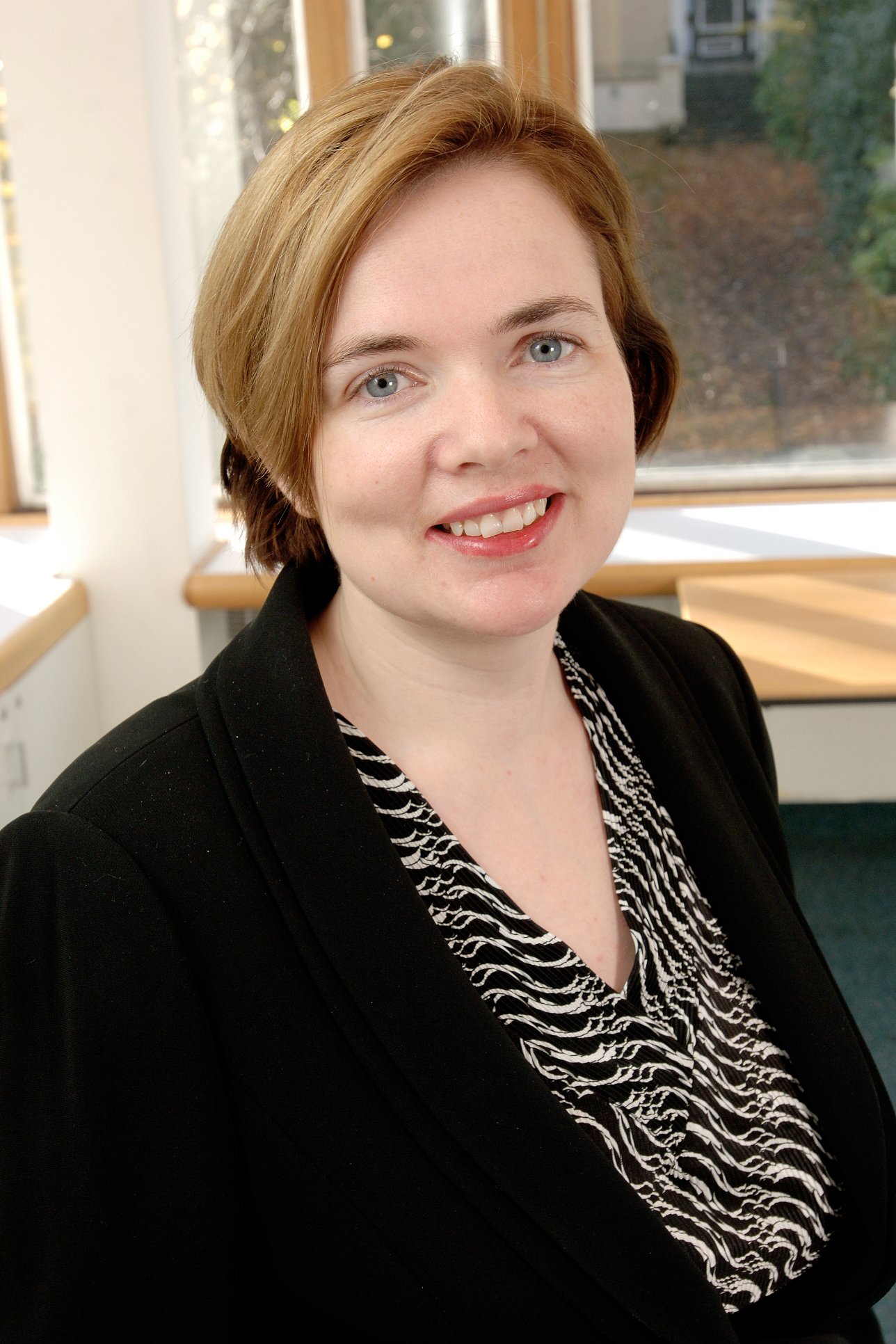 Baktosch Gillan spoke to Rosalind McInnes, BBC Scotland legal director, about her career with the broadcaster and coping with lockdown.

In more than two decades as an in-house solicitor with BBC Scotland, Rosalind McInnes has been a source of advice and support to not only the journalists employed at Pacific Quay but to probably every hack in Scotland at one time or another – her Scots Law for Journalists textbook being required reading for young court reporters and experienced broadcasters alike. As BBC Scotland’s legal director her remit is programme legal advice and litigation, with the bulk of her work relating to the corporation’s news and current affairs output, meaning there is no such thing as a slow news day in this job.

“The majority of my work comes from queries from the newsroom, so that might be a court report or criminal proceedings and contempt of court or anonymity issues,” she explains. “Investigative journalism, with the defamation issues that can arise from that, also makes up a large portion of my workload.”

It’s not all news and current affairs. Drama, arts, daytime and even children’s television can also raise issues which will see her called upon to provide a legal opinion on anything from IP and copyright to data protection and privacy.

“So it is quite a varied role”, she says. “I’m not like a traditional in-house lawyer because what we do is quite narrow and focused, but there’s not a lot of tedium. Television and radio is supposed to be educational and informative, but it doesn’t work unless it is also entertaining.”

And 23 years after joining the corporation, it is clear that job satisfaction is still very high for the Glasgow University graduate.

“It is a fascinating job and I love it – newsrooms are inherently dramatic, as are courtrooms. News is very exciting because there is such a quick turnaround, but investigative journalism is also very satisfying, particularly when you follow the stories and see them develop over a number of months or years. But I also enjoy working on the arts documentaries because of the change of pace.”

Ms McInnes joined the BBC in December 1997. After graduating in law and completing her Diploma in Professional Legal Practice at the University of Glasgow, she completed her traineeship at Urquharts before spending four years in the construction disputes team at Maclay Murray & Spens.

Alistair Bonnington, then head of the legal department at the BBC, had been one of Ms McInnes’s tutors on the diploma at Glasgow. She counts him among her mentors, along with Sheriff Alistair Thornton.

“Alistair Bonnington gave me enough autonomy and delegated with confidence but he always had my back if things were getting difficult. Alistair Thornton, now Sheriff Thornton, who trained me in litigation when I was a trainee, was also very supportive,” she recalls.

“I remember commenting to him that he seemed to have so much intuition about how a case was going to go, and he said to me ‘it’s not intuition; it’s a feeling that somewhere in the past you’ve tried something similar and it hasn’t worked’.

“I found that very encouraging because it indicated to me that you could develop professional intuition, which of course is just what happens with experience, and when I look back I can see that is absolutely true.”

It is that professional intuition and experience which is relied on by the BBC’s news and investigations journalists working on hard-hitting documentaries, but Ms McInnes is modest about her role in the production process.

“I tend to be vicariously proud because in this context lawyers are there to support the journalists go as far as they can while keeping them and the organisation safe.”

She cites the documentaries on the financial affairs of Rangers Football Club and historical child abuse at Fort Augustus, and the recent Emma Caldwell and Sheku Bayoh documentaries, as recent successes – “all of which required a lot of legalling”, she points out.

“The most challenging documentary I have worked on was the one on sports doping with Mark Daly, as a result of which the athletics coach Alberto Salazar was banned from coaching. It involved a range of jurisdictions, consulting with Scottish lawyers, English lawyers and American lawyers in more than one state, so there can also be an international element to the role.”

The other aspect of her remit which can take up a significant amount of time is litigation. That might include cases against the BBC – “thankfully, we don’t have any at the moment” – but also reporting restriction challenges such as that in the case of Alesha MacPhail.

The identity of Aaron Campbell, the 16-year-old boy who raped and murdered Alesha, six, on the Isle of Bute in 2018 was revealed after the BBC and other media outlets applied to the High Court to lift the order prohibiting publication of Campbell’s name.

In addition to litigation, her role extends to lobbying. “Not in a political sense,” she makes clear, “but in areas where the BBC is likely to be affected, such as the Defamation Bill and the Hate Crime Bill which have been going through the Scottish Parliament.”

Much has been written in print and online about the potential effect of these particular pieces of legislation, but of more immediate concern to Ms McInnes is the ever-changing media landscape. In her time at the BBC she has overseen the expansion of the corporation’s online presence and the rise of social media, which raise different issues for the fourth estate.

“For me as a media lawyer it has made everything faster, and there is more of it, which is no bad thing,” she says. “But the print media are obviously under the cosh, and that is clearly not good for democracy. Court reporting is also in the doldrums, which puts more responsibility on to the broadcasters.

“And it’s becoming harder and harder to report what happens in court and elsewhere because of the rise of privacy law and the right to be forgotten.

“Contempt of court has always been very strictly enforced in Scotland and there was always something of an arbitrariness to in that there is that axe that comes down when a case becomes active, in that what you could say the day before you can’t say the day after, but it probably feels more arbitrary to journalists now because of social media.

“And if you are heavily regulated outlet, like a broadcaster, the means by which you gather information is becoming more tightly controlled, so it’s an uneven playing field.

“What is also difficult to manage now are cases like that of Lord McAlpine, when you have a lot of discussion and speculation online which might identify someone who is thereby defamed.”

The difficulty, however, is knowing what to do about it.

“In America, their approach is that the best cure for bad speech is more speech, which I think is right. Ultimately, you make a decision that you’re going to put the balance in a particular way, whether it’s the right to free speech or the right to a fair trial, and you accept the abuses that go with that.”

Like many lawyers, Ms McInnes has been working from home during the Covid-19 pandemic, but she believes there have been some positive outcomes for open justice. Accredited members of the press can now watch virtual court hearings in the Supreme Courts, Sheriff Appeal Court, and the All-Scotland Sheriff Personal Injury Court, remotely.

“Of course, it is not the same as being in court,” she concedes. “But if the alternative is not being there, and that is the reality for journalists and solicitors and members of the public generally who have other commitments, in terms of open justice I think the ability to tune in to a case remotely is a very good thing.

“For example, I was able to watch a procedural hearing in the Lockerbie appeal, which I would not ordinarily have been able to do. It was quite instructive for me because I was able to understand the issues.

“Whenever I have sat through any court case, whether viewing for interest or with a watching brief, I have always learned an enormous amount from it. I have always felt I have come away with a step change in my understanding of whatever was the subject of that trial, that proof, or that debate.

“For the general public in Scotland, if they have seen a court at all it is probably an American court, or perhaps the Supreme Court in London. The UK Supreme Court and the England and Wales Court of Appeal have already shown that it can be done [with live-streaming].

“And when we have done court documentaries here – such as the Nat Fraser ‘Murder Trial’ on Channel 4, or the Margaret Fleming case by Firecrest Films for the BBC – they have been enormously instructive. You don’t want courts to be banalised, but you don’t want them to be fictionalised.”

The 24-hour news cycle means Ms McInnes is always on call to offer legal advice, but she is able to turn attention to other pursuits off by switching off the news.

“During lockdown, I have been making soap and candles, which I think is just something to do with my hands when I’m stressed. I like, music, film and theatre, and I’ve also done a French polishing course – so if the media law doesn’t work out I’ve got something to fall back on,” she quips.

She is also working on the latest edition of Scots Law for Journalists, which she hopes will be published later this year. The eighth edition is now 10 years old, with the rise of social media, advancing privacy law and the potential impact of Brexit on intellectual property rights, all to be factored into the ninth edition.

“Every time I have to go back to it, it’s like doing a jigsaw that someone comes along and kicks every so often,” she says. “There comes a point in time when you have to decide what to put in and what to take out, so I should probably just sit down and finish those chapters.

“It is a difficult thing to do because it covers such a broad spectrum so narrowly. It is also difficult because Scotland is a small jurisdiction and it is quite an esoteric subject. It’s a compromise between a legal textbook and journalistic handbook. It started out as the latter and increasingly it’s become the former, which makes it longer, but I’m ambivalent about that.”