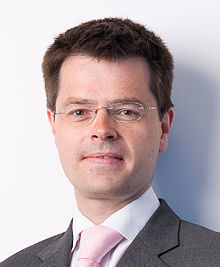 A report setting out the progress made throughout 2014 to implement the UK government’s counter-terrorism strategy has been published by the home secretary Theresa May.

It outlines the current threat to the country from terrorism and how the government is responding using the four-strand structure of “pursue, prevent, protect and prepare”.

While there were no successful terrorist attacks in the UK last year, thereport argues that international terrorism has not only grown but also changed significantly.

The country’s threat level was raised for the first time since the beginning of 2010 to “SEVERE”, meaning an attack in the UK is highly likely.

The main threat continues to be posed, the report said, by militant Islamist terrorists, many of whom are linked to the on-going events in Syria and Iraq.

Immigration and security minister James Brokenshire (pictured) said: “The recent terrible events in Tunisia, Paris and Copenhagen were a tragic reminder of the great challenge we face from terrorism.

“This report makes clear that while the police and security and intelligence agencies continue to do extraordinary work to disrupt these threats, we must ensure they continue to have the powers and capabilities they need.

“That is why this government has brought forward legislation to address a number of the specific challenges we are currently facing and why we have increased funding.

“We must continue to adapt throughout 2015 in order to stay ahead of the threat and to protect the public.”

The Home Office said significant resources and capabilities have been put in place over the last year.

These include the introduction of the controversial Data Retention and Investigatory Powers Act (DRIPA) in July 2014.

This provides funding for the security and intelligence agencies and police to increase their investigative resource; and for the expansion of the cross-government “Prevent programme” to tackle the ideology that feeds supports and sanctions terrorism.

The Home Office said the report highlights the new challenges faced including an increasing number of relatively unsophisticated attacks, often carried out by lone individuals.