A holistic approach to drug addiction is necessary to free users “entrenched” in their habits, a sheriff at Scotland’s only drugs court has said.

His comments come as new statistics show there were 1,187 drugs deaths in Scotland in 2018, the highest since records began.

The figures from the National Records of Scotland indicate that the drug death rate is nearly triple that of the UK.

Offenders appear before the drug court following conviction and are given further support in a bid to stabilise their lifestyles.

Sheriff Wood told Dundee University alumni magazine The Bridge: “Most people I see have been in and out of jail all their life. Drug addiction is not something you can take two weeks off from in the summer. It’s every day.”

Offenders are placed on a drug treatment and testing order for 18 months instead of being imprisoned. They are allocated drug addiction workers, as well as a nurse and social worker.

The approach, Sheriff Wood said, aims to break the cycle of drug use and offending.

He said: “You have to realise the pressures drug addicts are under. Their dealers don’t want to lose them as a customer. They are entrenched in a lifestyle, which is why everyone at the drug court is there to help them get better.”

Offenders who finish the scheme have a graduation ceremony in which they can tell the court about their success.

Sheriff Wood said: “For some of these individuals, this has been their only tangible achievement in life. It’s important we show that we’re proud of their progress and that the work they’ve done on the order has been exceptional.”

Dave Barrie, service manager with Dundee drugs charity Addaction, called for the scheme to be extended.

He said: “The evidence is there to support the effectiveness of drug courts. Alternatives to prison are a really good thing. Drug courts were set up to be really different and individuals often develop closer relationships with the staff there. The evidence shows they work.”

A Scottish government spokesperson said: “We believe the best way to reduce all forms of the harms caused by drugs is to take a public health approach, which means getting those who need it into appropriate treatment and support services.

“We are continuing to support the Glasgow Drug Court. Any decision on a drug court within another area would be for the sheriff principal of that area to make.” 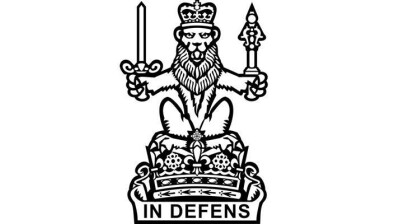 Drugs trafficker sentenced to more than three years’ imprisonment after police seize £450,000 worth of cocaine