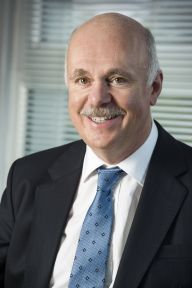 A 72-year-old man accused of committing sexual offences against five complainers in the 1980s and 1990s has lost an appeal against the refusal of an application under section 275 of the Criminal Procedure (Scotland) Act 1995 seeking to lead evidence that one of the complainers was 17 years old at the time of the alleged events.

The appellant, XY, faced eight charges concerning both child and adult complainers. The Crown’s position was that the first two charges had occurred between April 1981 and April 1984 when the complainer, AA, was between 13 and 15 years old. The charges alleged conduct including lewd and libidinous practices and behaviour and rape.

The appeal was heard by Lord Malcolm, Lord Turnbull, and Lord Pentland. K Johnston, solicitor advocate, appeared for the appellant and A Prentice QC for the Crown. All three judges gave separate opinions, with Lords Turnbull and Pentland in the majority and Lord Malcolm dissenting.

The appellant had been employed in three different schools across the periods in the charges. He tendered pleas of not guilty to all charges and did not lodge any special defences. The section 275 application related solely to charges 1 and 2, relating to the complainer AA, who was coached by the complainer in athletics at the material time.

The details of the charges relating to AA were that the appellant had raped her to her injury, and on other occasions had penetrated her with his fingers and a banana, shaved her pubic area, and taken photographs of her while she was naked. Parts of this account were disputed by the complainer, in particular the activity involving shaving the complainer and penetrating her with a banana.

It was the appellant’s position that, while he had engaged in sexual behaviour with the complainer, he had done so in a seven-month period from April to November 1985, when she was 17 years old, and he was 37. He asserted that leading this evidence would permit the drawing of inferences that she was an incredible and unreliable witness and that he did not have sex with her while she was under 16. The complainer denied having any form of sexual relationship with the appellant when she was 17 and claimed that at that time she was in a relationship.

The preliminary judge rejected the application, taking the view that the evidence sought to be elicited was irrelevant under the common law and that the appellant could still present his defence that the sexual activity alleged in the charges did not take place. It was submitted that the judge had erred in this analysis, and that in fact if he was not allowed to lead this evidence the appellant could only present half of his defence.

Collateral to the question

In his opinion, with which Lord Turnbull agreed, Lord Pentland said of the effect of the proposed evidence: “The complainer disputes that she was in a consensual sexual relationship with the appellant when she was 17. If the evidence is admitted this will inevitably open up a discrete chapter at the trial, focussed on whether the complainer or the appellant is to be believed on this aspect of the case. Such an inquiry would clearly be collateral to the question of whether the Crown is able to prove that the conduct alleged in charges 1 and 2 occurred.”

He continued: “I am not persuaded that the refusal to admit the evidence will in any way impair the appellant’s ability to present a properly focussed and fair defence to charges 1 and 2. He will be able to challenge all the evidence, including the complainer’s testimony, relied on by the Crown in support of those charges. If he elects to do so, he will be able to testify that no such conduct occurred.”

In his own opinion, Lord Turnbull did not accept the appellant’s proposition that the sole dispute was one of timing, saying: “If the appellant is to give evidence of a defence that he was having intercourse with a 17 year old, rather than with a 14 or 15 year old, he will have to explain how this came to happen. On any view that must involve a narrative different from that given by the complainer, which is of grooming from aged 13 with escalating sexual contact.”

He explained further: “The appellant will then be subject to cross-examination designed to challenge his account. This appears to me to demonstrate that it is an illusion to suggest that the issue at trial will be the complainer’s age.”

Lord Pentland also brought attention to the differences between the appellant’s account, saying: “Properly characterised, the issue arising in respect of charges 1 and 2 is whether the Crown can prove that the appellant sexually abused the complainer in the various ways alleged, during the period covered by the libel when she was a child. There is a good deal more to the case than the question of merely identifying the time something of an agreed nature took place.”

In a dissenting opinion, Lord Malcolm took a different position on the issue of timing, saying: “None of the specific facts of this case detract from the crisp issue raised by Ms Johnston’s submissions. She contends that the appellant should be allowed to present the defence case on the particular allegations in full. She will not be able to indicate that sexual intercourse did not occur. If the application is refused the defence will not be able to suggest it happened at a later date. The complainer will be able to speak to it happening, the accused will not.”

He added: “It is of course true that sexual activity when someone is of age does not exclude such behaviour at an earlier period, but the touchstone is whether the proposed line has a reasonably direct bearing on a fact in issue at the trial. Where the date of an alleged offence is critical to criminality, evidence directed at that issue is admissible.”