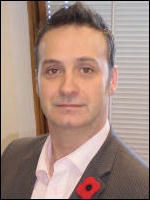 New figures have shown that health boards are straining to work through over 1,500 legal claims, some worth up to £5 million.

NHS Grampian is facing payouts of up to £24 million in respect of about 100 alleged failures. The health board was recently accused of having “weak leadership and low morale”.

The news comes months after a report from the watchdog Healthcare Improvement Scotland which found that patients’ lives were being put at risk by staff shortages in Aberdeen Royal Infirmary.

NHS Dumfries and Galloway has over 50 claims, including a case in which a patient is seeking £5 million.

NHS Greater Glasgow and Clyde, the largest health board in Scotland, faces 516 claims, with most relating to alleged negligence.

Debbie McGeachy is suing NHS Greater Glasgow and Clyde for damages after she was left in extreme and persistent pain.

Ms McGeachy’s lawyer, Patrick McGuire, from Thompsons solicitors (pictured), said: “I have seen many cases against the NHS which stretched out far too long – and at considerable distress for the victim – which could have been settled much earlier and at far less expense.”

“Often all people want is a sincere apology and a guarantee their complaint won’t happen to someone else.

“Instead of sweeping problems under the carpet, when issues do emerge, we need genuine accountability and evidence that lessons have been learnt.”

A spokeswoman for NHS Grampian said: “We have more than a million patient contacts each year and the vast majority of patients are very satisfied with their care and treatment.

“These claims represent a very small proportion of the number of patient contacts we have and is no reflection on NHS Grampian’s standards.”