Hamish Lean: Not every lease of land is an agricultural lease 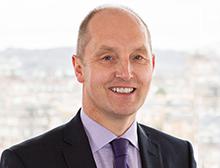 An agricultural lease provides a tenant with various rights, including security of occupation for the agreed length of the lease.

That might be for five or 10 years or longer under a fixed duration tenancy or even for the foreseeable future, if the lease is a traditional lease entered into before November 28 2003.

However, not every lease of land is an agricultural lease. Whether it is or not depends on the purpose of the lease.

To be an agricultural lease, the land subject to the lease must be used for agriculture for the purposes of a trade or business.

Agriculture is defined by the Agricultural Holdings Acts as including: horticulture; fruit growing; seed growing; dairy farming; livestock breeding and keeping; the use of land as grazing land, meadow land, osier land, market gardens and nursery grounds; and the use of land for woodlands where that use is ancillary to the farming of land or other agricultural purposes.

Livestock is defined as including any creature kept for the production of food, wool, skins or fur or for the purpose of its use in the farming of land.

Accordingly, letting out land for grazing horses or for breeding horses or for serving a livery business will not create an agricultural lease regulated by the acts because the horses are not being kept for the production of food, wool, skins or fur or for the purpose of being used in the farming of land.

I suppose if we began eating horsemeat in Scotland and horses were kept for that purpose then a lease of land for horses might be an agricultural lease, but this seems unlikely in the near future.

In the right circumstances, a let of a building on its own can create an agricultural tenancy regulated by the Agricultural Holdings Acts, depending on what the building is being used for.

Letting out land for grazing or mowing for a period of less than a year, where the use of the land is specified as being the grazing of livestock or growing a hay or silage crop, will not create an agricultural lease.

A lease of that nature does not attract the protection of the Agricultural Holdings Acts unless the tenant remains in occupation after the end of the grazing lease without challenge by the landlord and pays rent for subsequent occupation, which is accepted by the landlord.

It’s quite common for grazing tenancies to be entered into without any sort of written agreement.

There are a number of secure tenancies in existence that began their lives as grazing tenancies but where the tenant remained in occupation without challenge by the landlord at the end of the let and subsequently paid rent on a continuing basis.

If that happened prior to November 28 2003, those tenants are fully secure traditional agricultural tenants.

However, since that date, it has been impossible to create a fully secure traditional tenancy in that way.

What will happen, however, is that the grazing tenant will become a short limited duration tenant in a tenancy of five years, backdated to the start of the original grazing let.

As ever, this can be a complicated area of law and landlords and tenants who are unsure of their rights shouldn’t hesitate to seek appropriate legal advice.

Hamish Lean is a partner and head of rural property at Shepherd and Wedderburn. This article first appeared in The Courier.