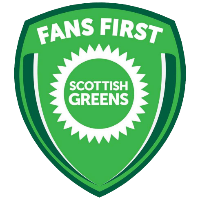 The Scottish government is to launch a “full consultation” on giving football fans the right to buy their club.

Alison Johnstone, the Green MSP who fronted the Fans First campaign and lobbied for the move within Holyrood, said it was a “landmark decision for Scottish football”.

She added that the system “works well elsewhere, in places like Germany, Spain and Argentina”.

However, MSPs refused to back Ms Johnstone’s call to also consider having the government cover the cost of fan take-overs through loans or grants.

Sports minister Jamie Hepburn said: “To get this right, it’s vital that the voices of fans, clubs, and the footballing authorities are heard.”

He added: “Over the summer and through the beginning of the new football season we’ll be seeking the views of everyone who cares about football to ensure that any measures brought forward benefit the game.”