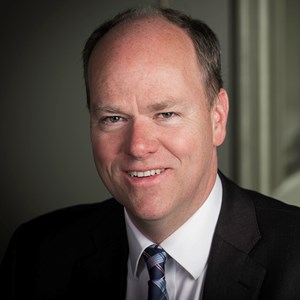 The Private Housing (Tenancies) (Scotland) Act 2016 which came into force on 1st December 2017 replaced the previous short assured tenancy with the residential tenancy. The stated purpose of the Scottish government was “to improve security of tenure for tenants balanced with appropriate safeguards for landlords, lenders and investors”.

With further consultation and consideration of the private rented sector currently underway in both Scotland and England, it is timely to consider consequences of the measures contained in the 2016 Act.

One major change brought in by the Act was to do away with short-assured tenancies which provided for a let of at least six month’s duration. The six-month provision was, not just from the landlord’s point of view, of significance. It has been said that “the goal of the legislation was … to provide a minimum of six months security to any tenant who desired it” (Robson & Combe, Residential Tenancies, para. 2-38). Provided it was agreed, a tenant could be given an option to break the lease earlier, but not the landlord.

In terms of the new private residential tenancy introduced by the Act, neither party has the option of the six-month certainty. For a tenant, the 28 day notice period within the first six months can result in home insecurity during the initial period of settling in to a new home. At the same time, the lack of any certain initial term presents a willing landlord with the difficulty of not knowing if a tenant will remain even for long enough to recover the cost of the letting outlays (for example, the letting agent’s fees and costs). One way parties in practice now seek to overcome these difficulties is by giving a non-binding indication of the period of time they anticipate the tenancy will last. Such indications may well be genuine (even if not legally binding), but circumstances can and do change, leaving the risk with the disappointed party.

An example encountered in practice serves to illustrate the point. Potential tenants from outwith the UK or returnees who seek accommodation can be at a disadvantage. Landlords (and certainly letting agencies) will usually require either an acceptable UK credit track record or a UK based guarantor for the tenancy obligations, before agreeing to enter into a private residential tenancy. A potential tenant may not be able to provide either (or a suitable alternative such as a firm job offer), to vouch the financial position (irrespective of what the tenant’s actual financial position may be). In these circumstances a potential landlord is unlikely to be willing to agree to let to them.

Under the pre-2017 law, such considerations could be resolved to the satisfaction of both parties, for example, by pre-payment of the first six months rent due under the minimum term of the lease. That option, although still legal (Cordiner v Al-Shaibaiy 2015 SLT (Sh Ct) 189), is no longer a particularly attractive one from either party’s point of view. Should the residential tenancy not last for six months, an issue may arise regarding repayment of the sums pre-paid to the landlord. Such a possibility is unattractive to potential tenant and potential landlord alike.

With deposits of more than two months’ rent being prohibited as premia, the options for the potential tenant are limited. Taking on a short term let at a correspondingly higher initial rental cost may be the only option available to build up the necessary credit rating. The practical consequences of higher demand generated for more expensive short term lets, an impact on the number of properties available for residential tenancies, and the impact of those factors combined on levels of market rents may be but some of the consequences.

As ever, good intentions do not necessarily pave the way for effective legislation to achieve its stated aim. The question remains: should residential tenancies be adjusted to allow parties to enter into a lease for some reasonable minimum period as previously?

Gordon Lindhorst is an advocate and member of Westwater Advocates and a barrister at law.