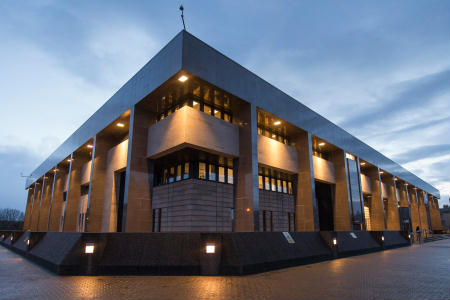 The fatal accident inquiry (FAI) into the Glasgow bin lorry crash begins today, with lawyers for the families of the victims saying they hope it will ensure such an incident never occurs again.

Held at Glasgow Sheriff Court, the FAI aims to “establish the circumstances relating to the tragic deaths”.

Six people died on December 22 last year when the bin lorry lost control on Queen Street and George Square in the city centre.

The driver, Harry Clarke, may give evidence during the inquiry.

Previously, the Crown said no charges would be brought against him.

In February it said: “There is no evidence to suggest the driver’s conduct at the time amounted to a breach of the criminal law.”

The FAI will examine the mechanics of the lorry in addition to the route it took.

Mr Clarke’s medical records and medical conditions will also come under scrutiny as well as the question whether he was fit to hold a licence.

Mr Clarke and his colleagues who were in the lorry with him will also be represented as well as Glasgow City Council, the DVLA and the doctors who dealt with the driver after the crash.

Lawyers from Irwin Mitchell Scotland, who represent the victims, said they hope the FAI will shed some light on how the incident occurred.

Partner Elaise Russell, said: “Around seven months on, there remain a huge number of questions regarding the sequence of events which led to this terrible incident.

“Further answers are a vital part of allowing our clients and those injured and bereaved following the crash to move forward with their lives.

“Both those affected by the crash and the wider community in Glasgow will be hoping that the FAI provides vital information regarding the crash and that any such detail will be key to ensuring that steps can be taken to prevent such an incident from ever happening again.”