Mr Turnbull will step down from his role as managing partner at the end of the month.

The changes in the firm’s strategic leadership follow on from recent announcements about the opening of Gillespie Macandrew’s new office in Glasgow and its 2014/15 financial results. 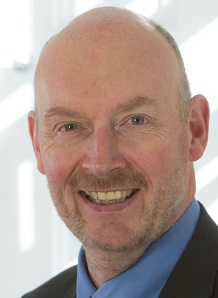 Mr Shaw (pictured right), an accredited specialist in planning and construction, joined the firm in 2014.

He had previously been a partner with Biggart Baillie for 27 years, latterly having been senior partner and chairman.

Breaking with the tradition of many Scottish law firms, Mr West will be the firm’s first chief executive.

A non-lawyer, he joined the firm as chief operating officer in 2013 having held a number of senior financial and general management posts in a variety of sectors including legal practices, the NHS and other commercial businesses.

Mr Shaw said: “I have long felt that Gillespie Macandrew is a firm which punches way above its weight and I am very excited to play a central role in its continuing growth.

“I am very much looking forward to working with my colleagues on the new board and, in particular, with Chris West.

“He brings a sharply tuned commercial perspective into play and our ambition to grow is underlined by his appointment.

“I also want to pay tribute to Ian Turnbull, our long-serving managing partner.

“Ian has overseen several major acquisitions and mergers in the business, and has managed the firm carefully through the recent recession and the successful growth and disposal of the investment arm in 2011.”